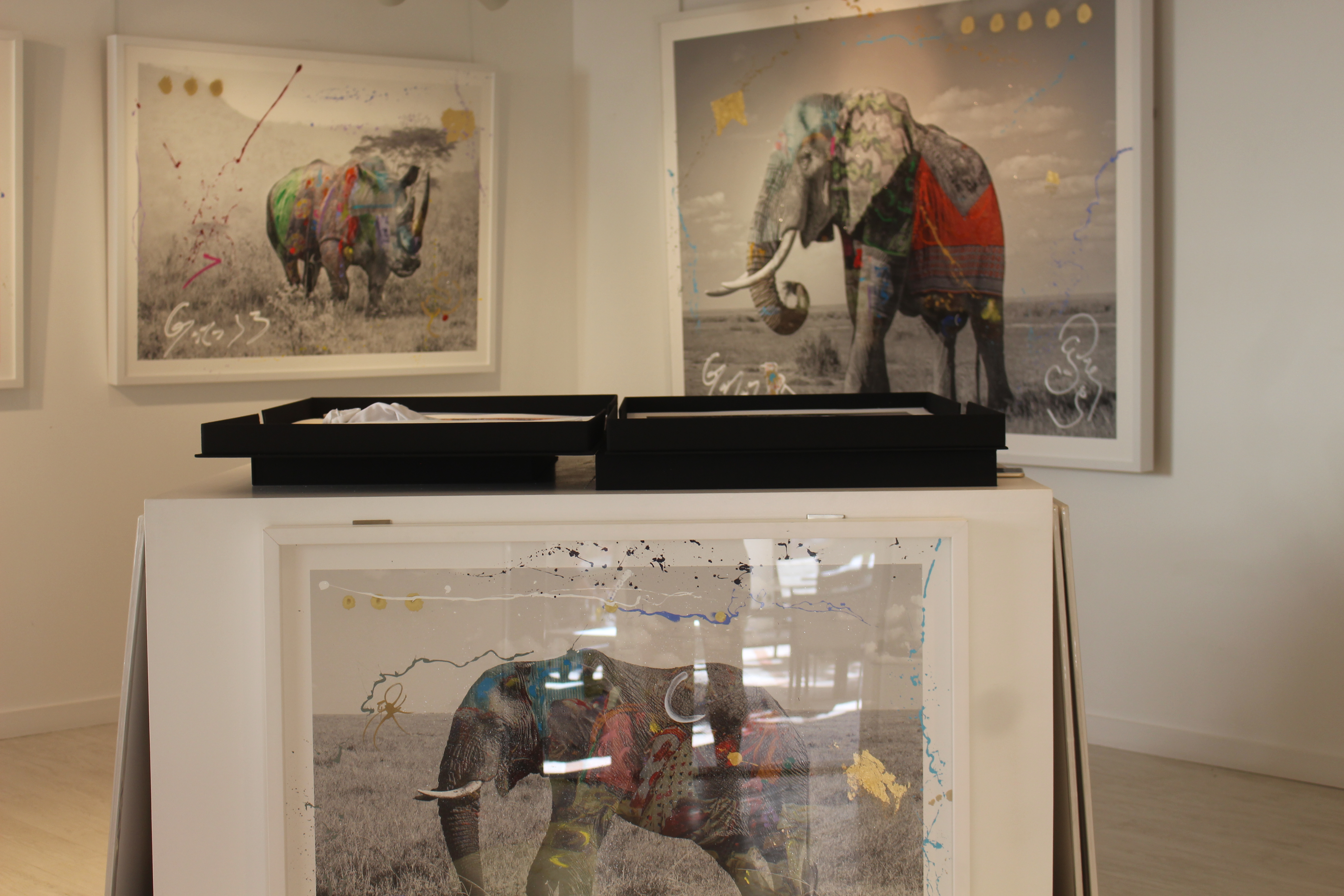 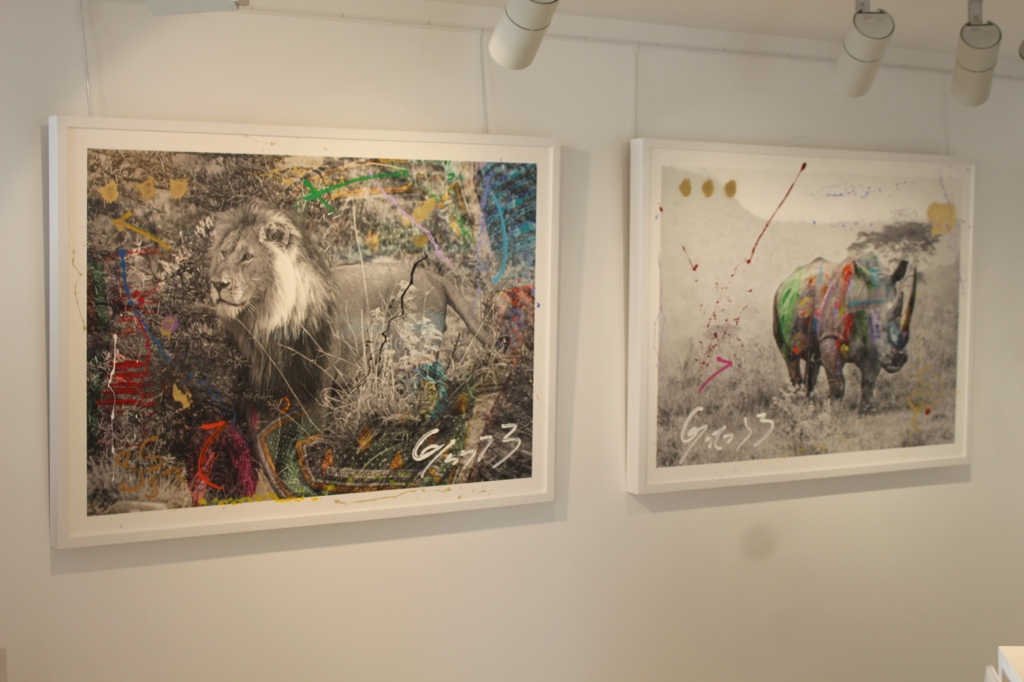 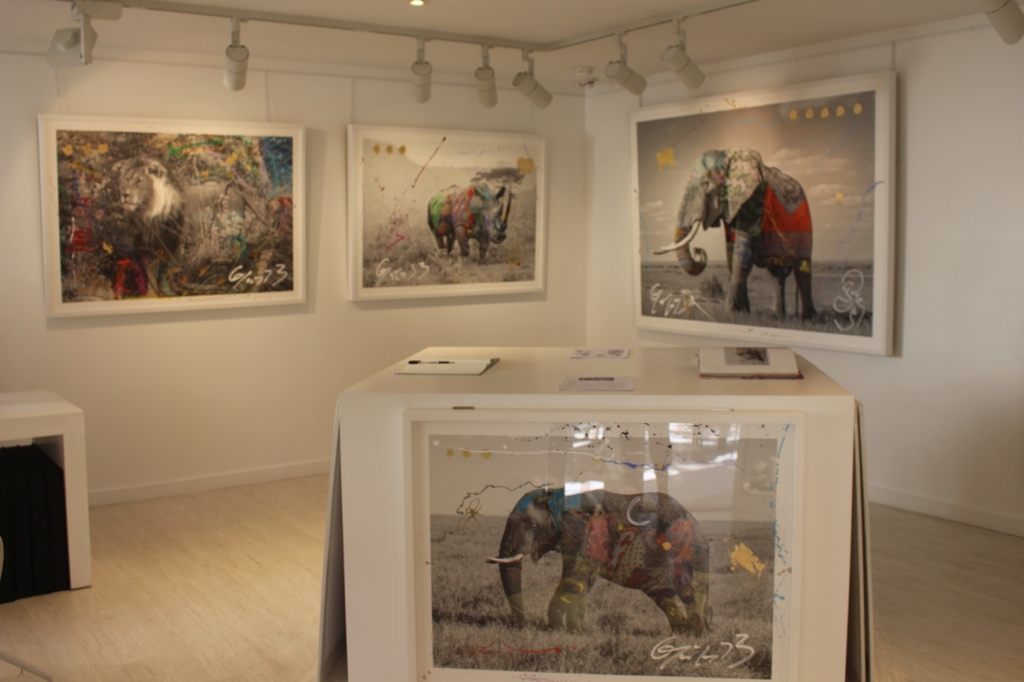 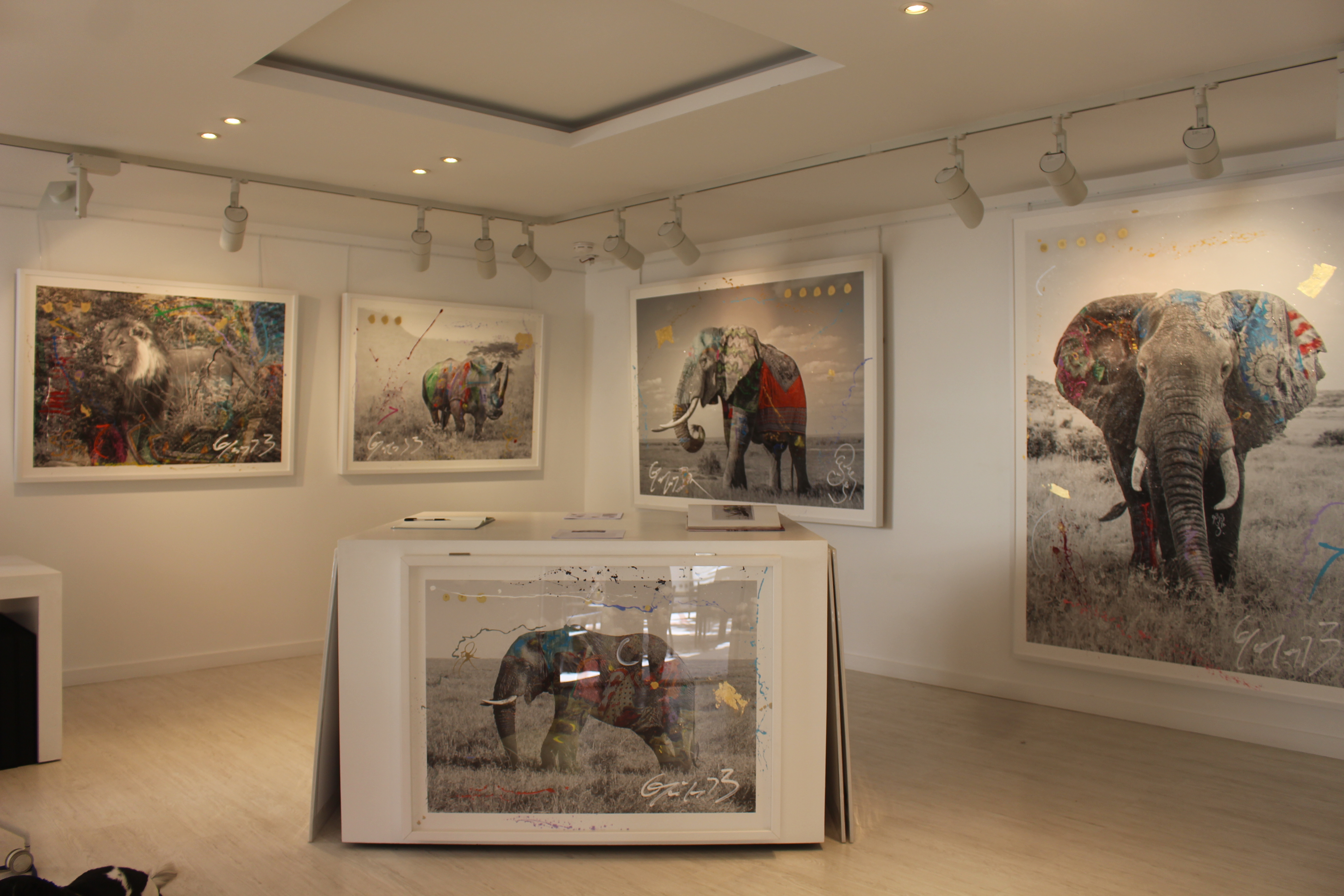 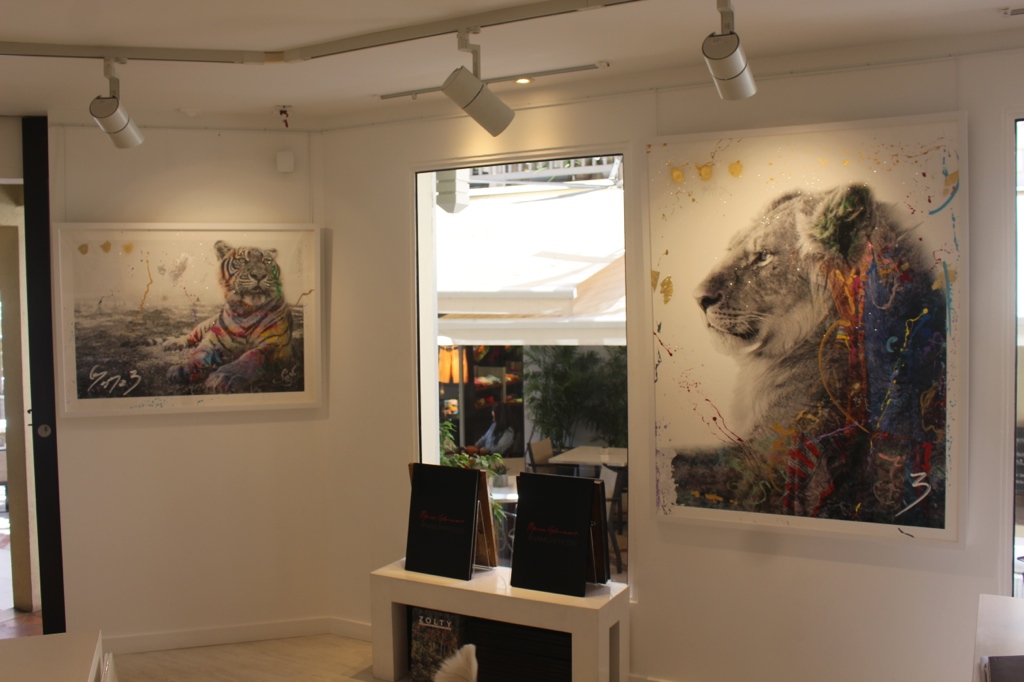 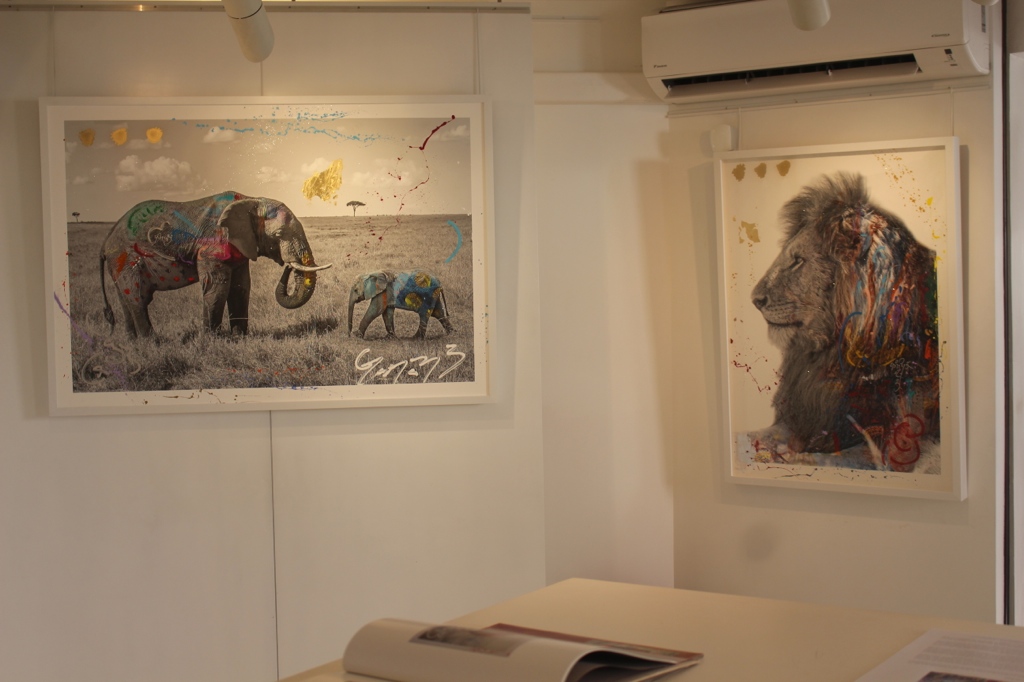 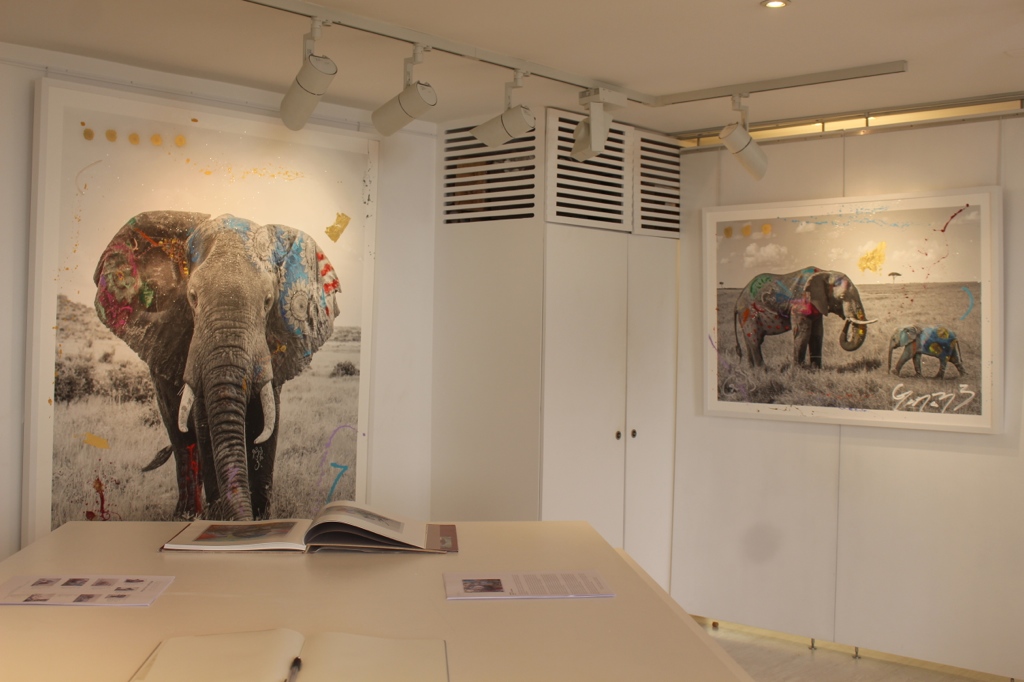 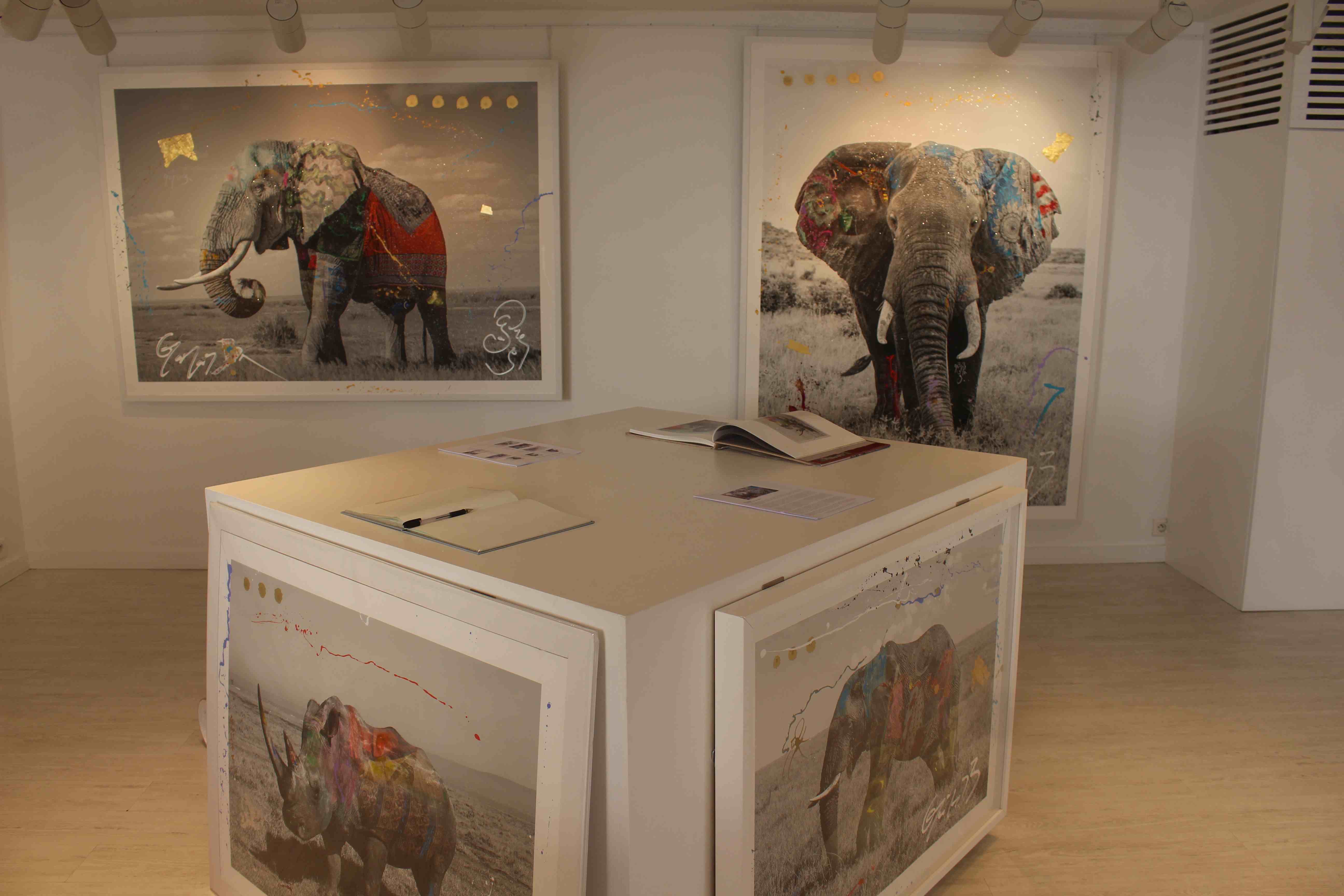 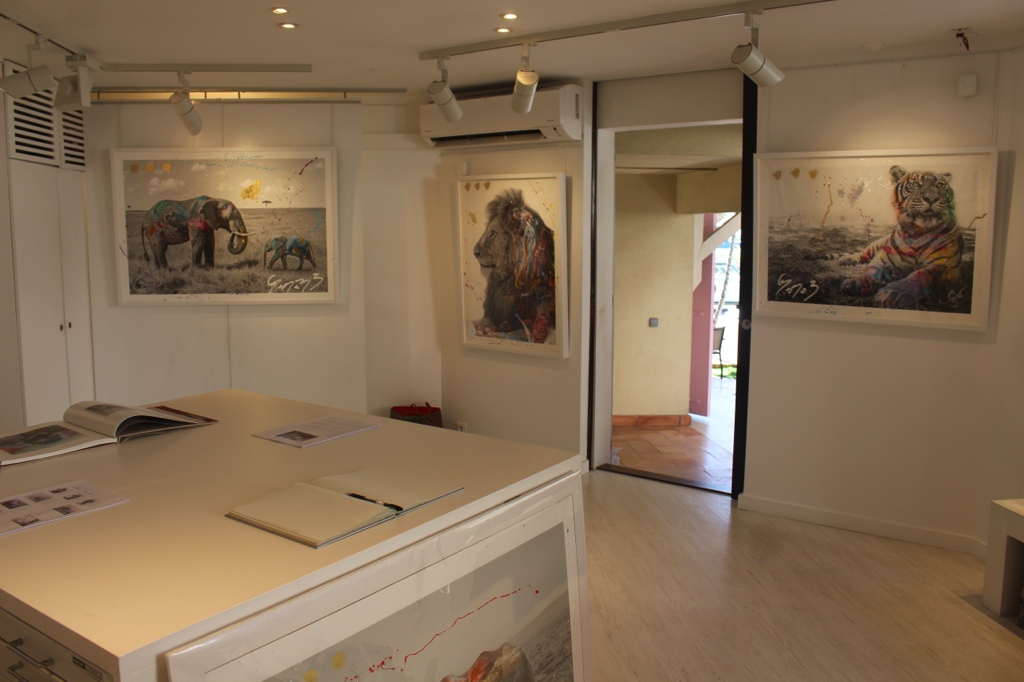 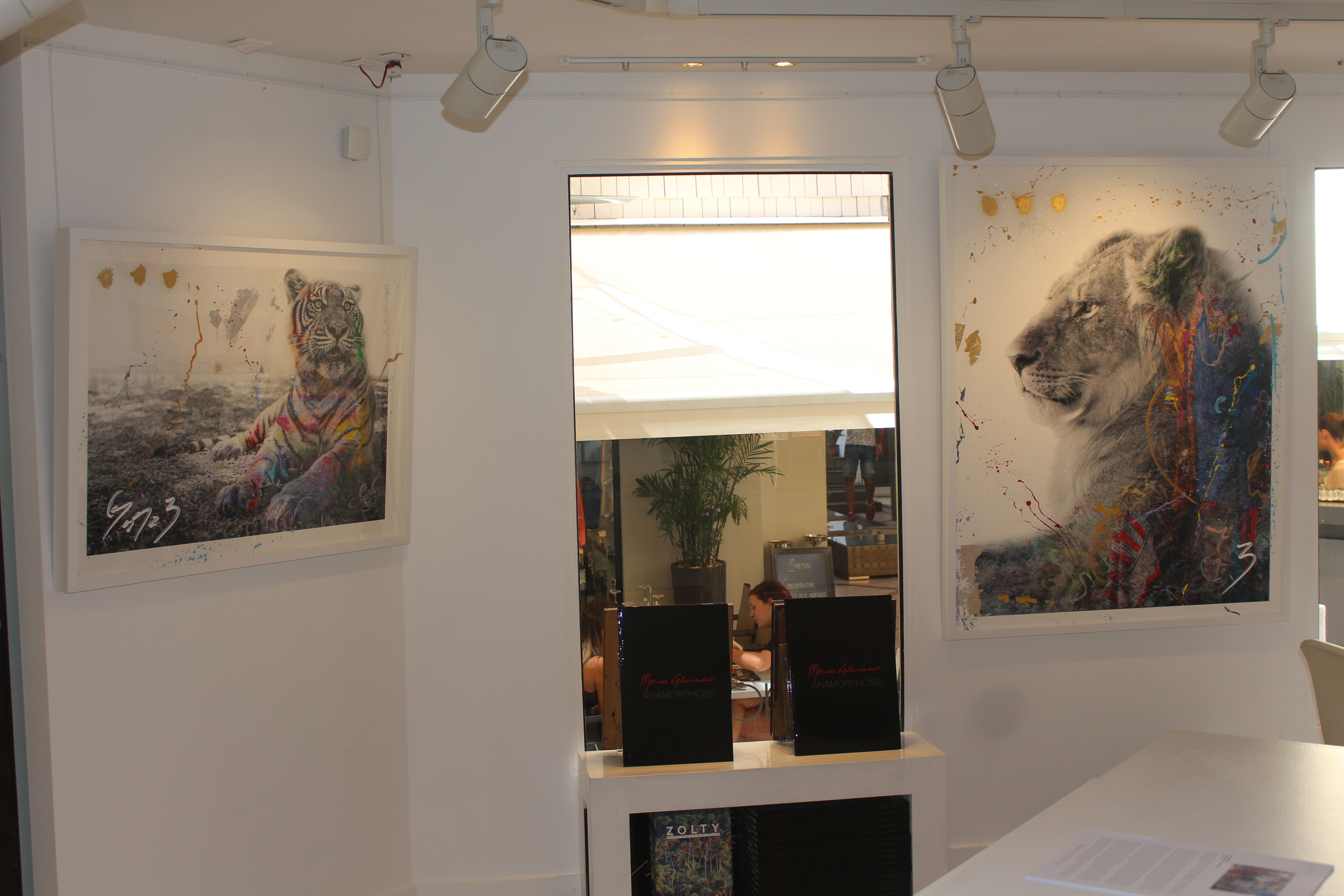 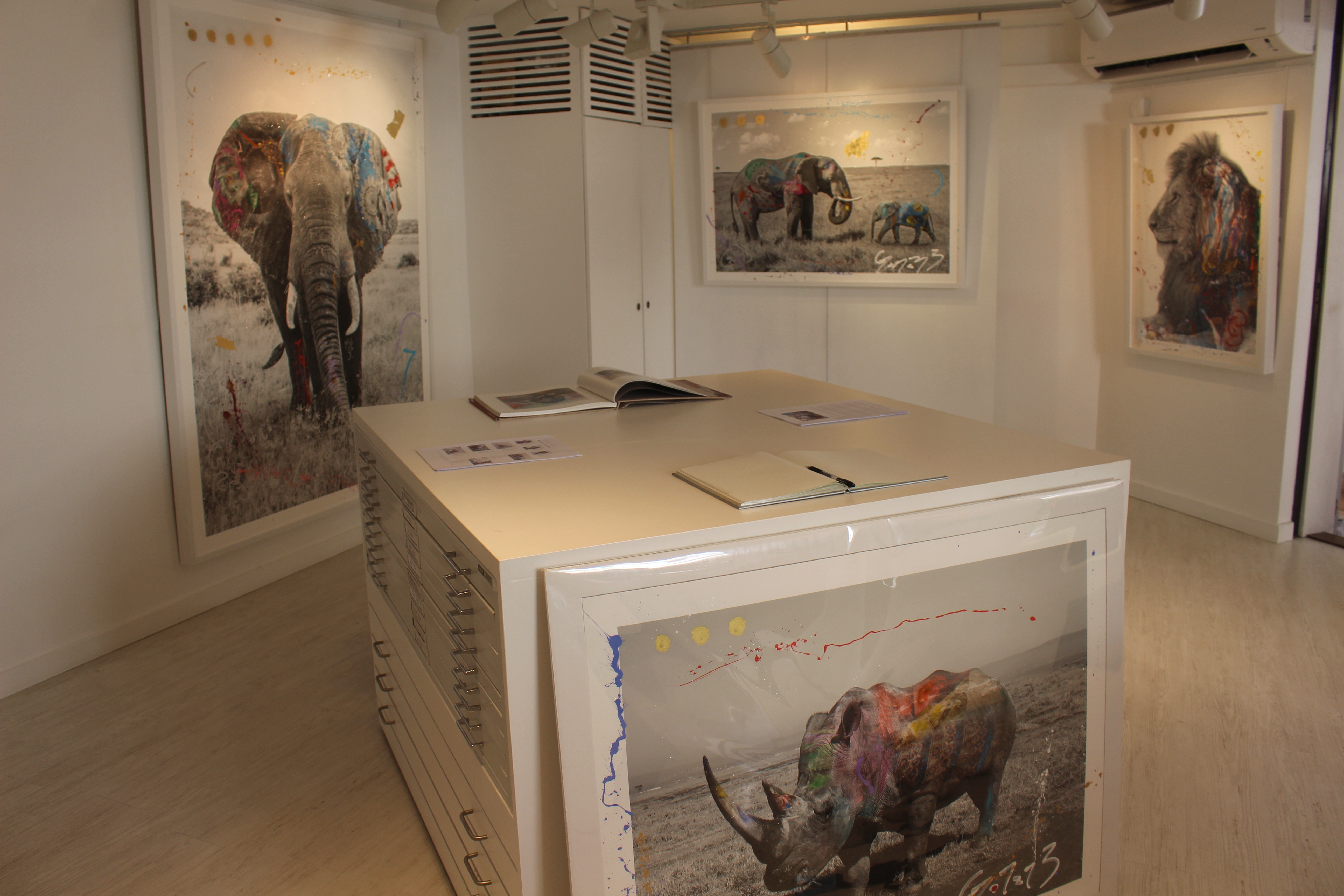 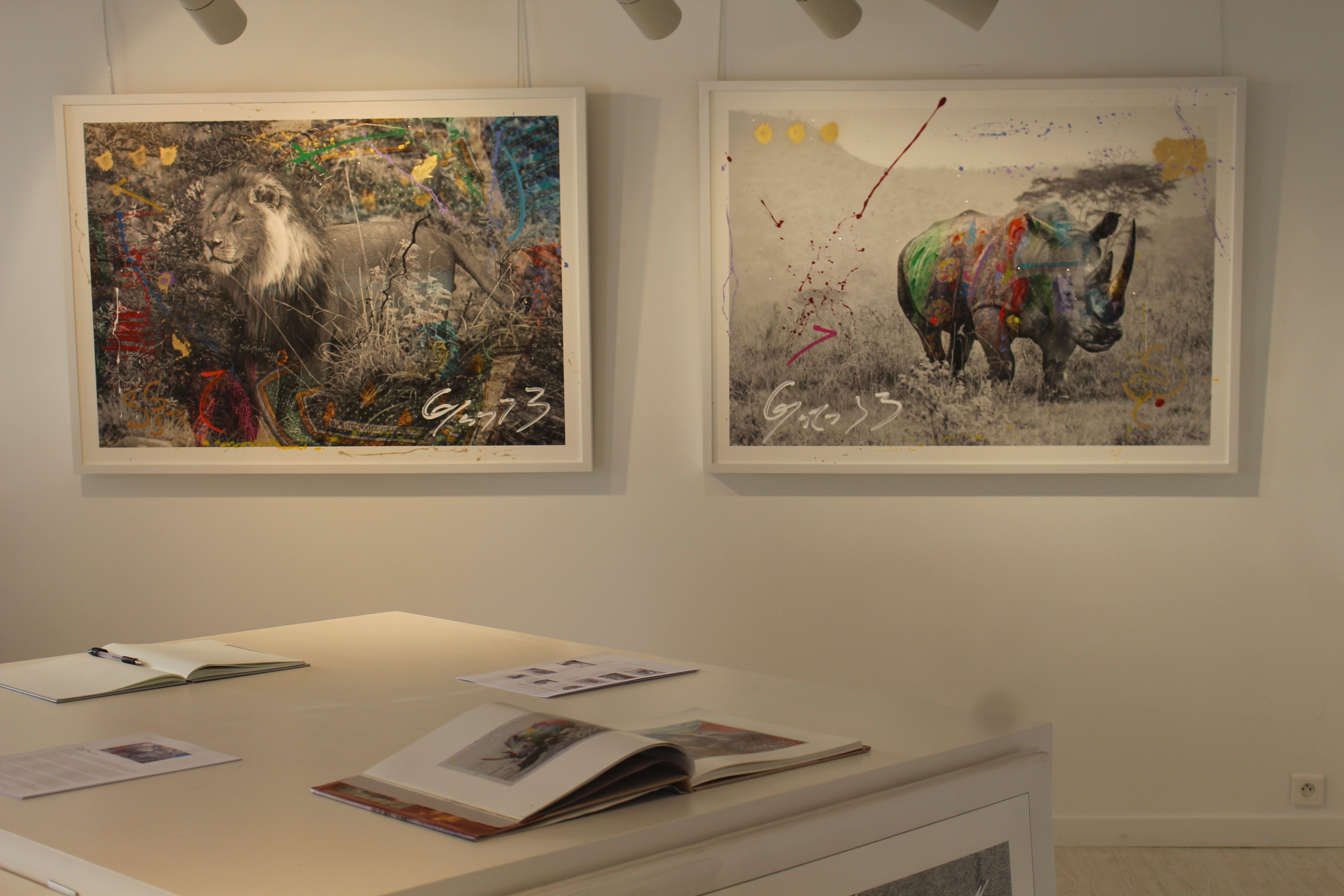 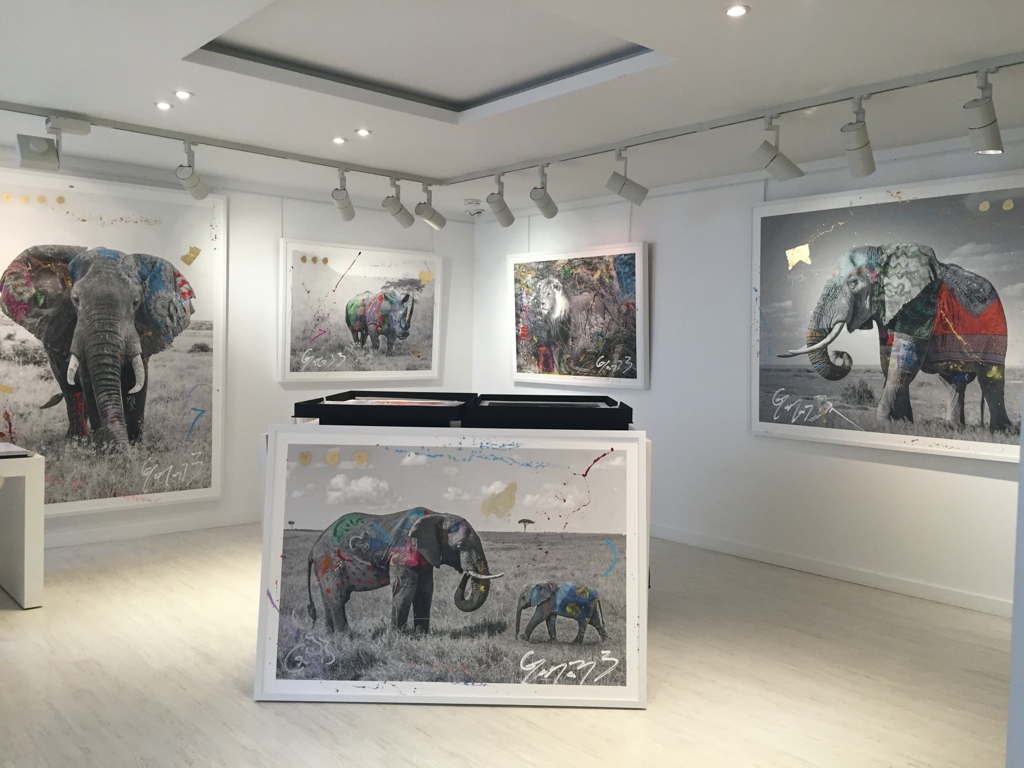 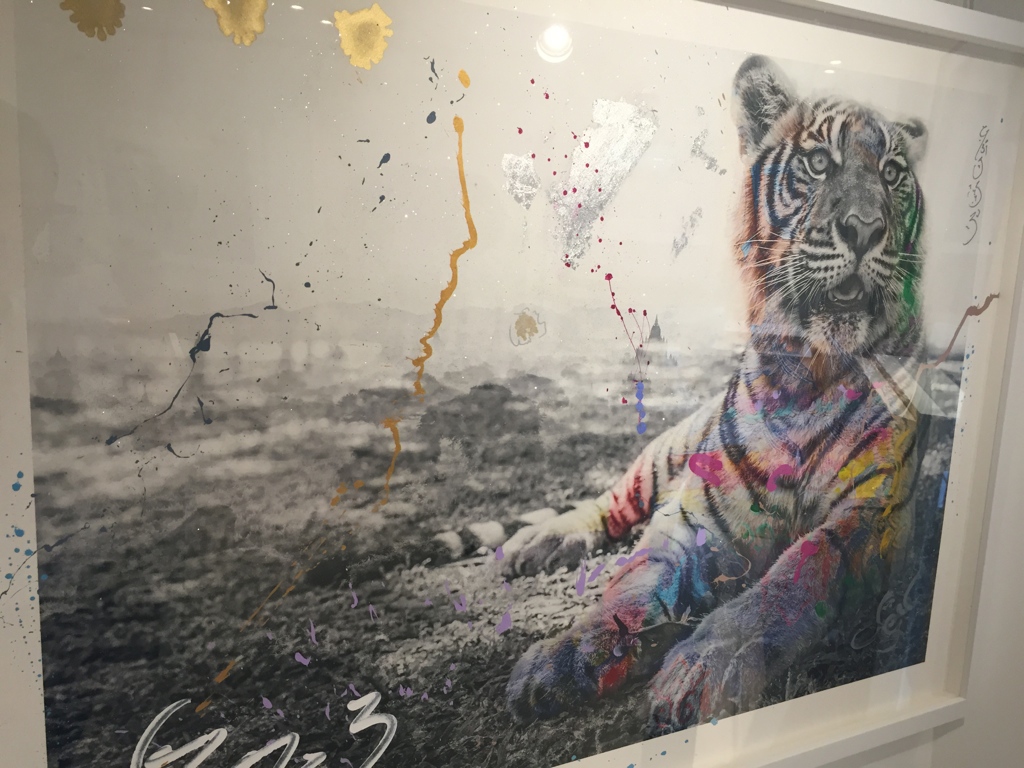 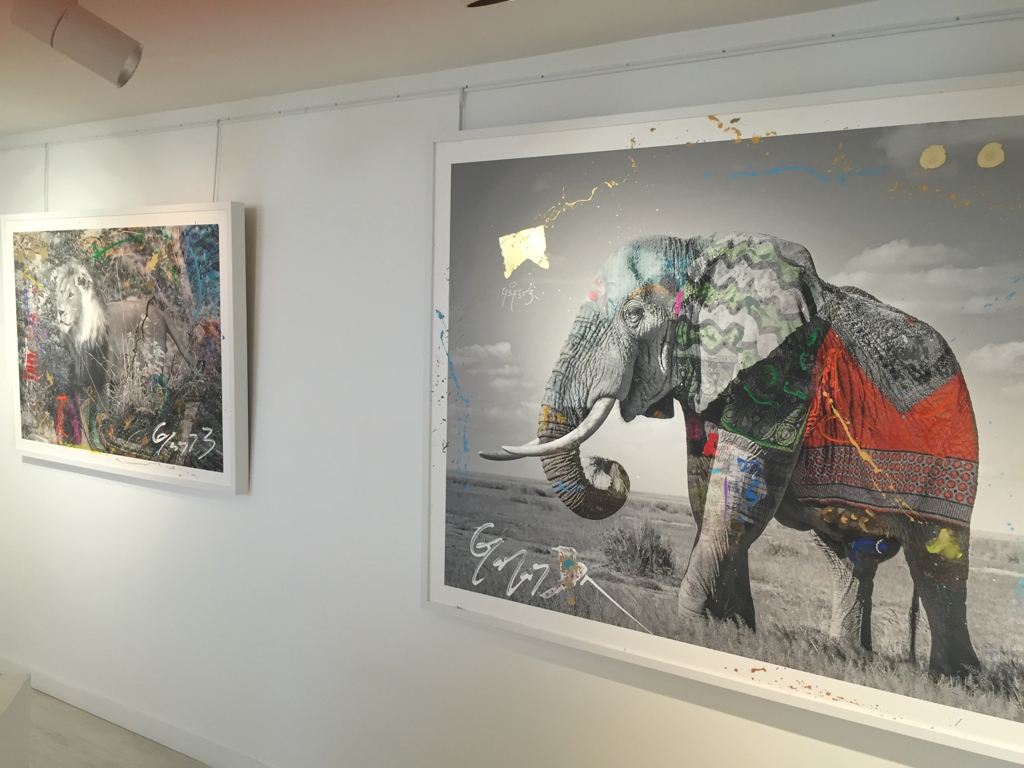 Space SBH is delighted to present a solo exhibition by talented French photographer Arno Elias. The show comprises images from his ‘Lost Series’ – and specifically from his most recent trip to Africa in January this year. This ongoing series aims to captures wildlife and ways of life that are endangered and slowly disappearing.

He is able to focus on the simplicity and purity of the lives of indigenous peoples who are connected to the environment and depend upon its natural resources for survival. The relationships and connections Arno is able to realize in photographing people and moments in time, have imbued his spirit with a quest for humanity and awakened his senses to the power and beauty of these diverse cultures. This series illustrates the harmony of the tribes with nature – they go hand in hand – one civilization – man influenced by the animal and the animal also imprinted by man. In these pieces the animals are painted with the colors of the tribes that co-habit the environment – making them interchangeable.

Arno's focus is to travel the world and continue the journey he has yet to photograph that will provide fulfillment and meaning for all who view his personal impressions. In particular, Arno is passionate about endangered species, such as the African elephants and wildlife habitats that are fast being encroached upon by burgeoning populations and westernized economies which may not be sensitive to the earth and its creatures. “My impressions following my most recent trip were how precious this wildlife is and how hard it is to protect it due to poaching and many other challenges. Hopefully my photography can raise consciousness for conservation efforts and promote the need to respect the beautiful species that exist on this planet before it is too late.” – Arno Elias

After the photographs are selected and are printed on archival pigment paper, Elias then embellishes each piece separately using painting to enhance the original image and elevate the experience for the viewer. He applies his own language seen in different codes layered upon the piece with a spectrum of color. Every piece of the same series becomes its own special unique mixed-media photographic painting. The “Lost Series” is a crystallization of Arno Elias' mixed-media techniques and the works reflect the powerful images he captured during his solo world photographic tour. His unique pieces can be seen to carry a sensibility reminiscent of that of Peter Beard.