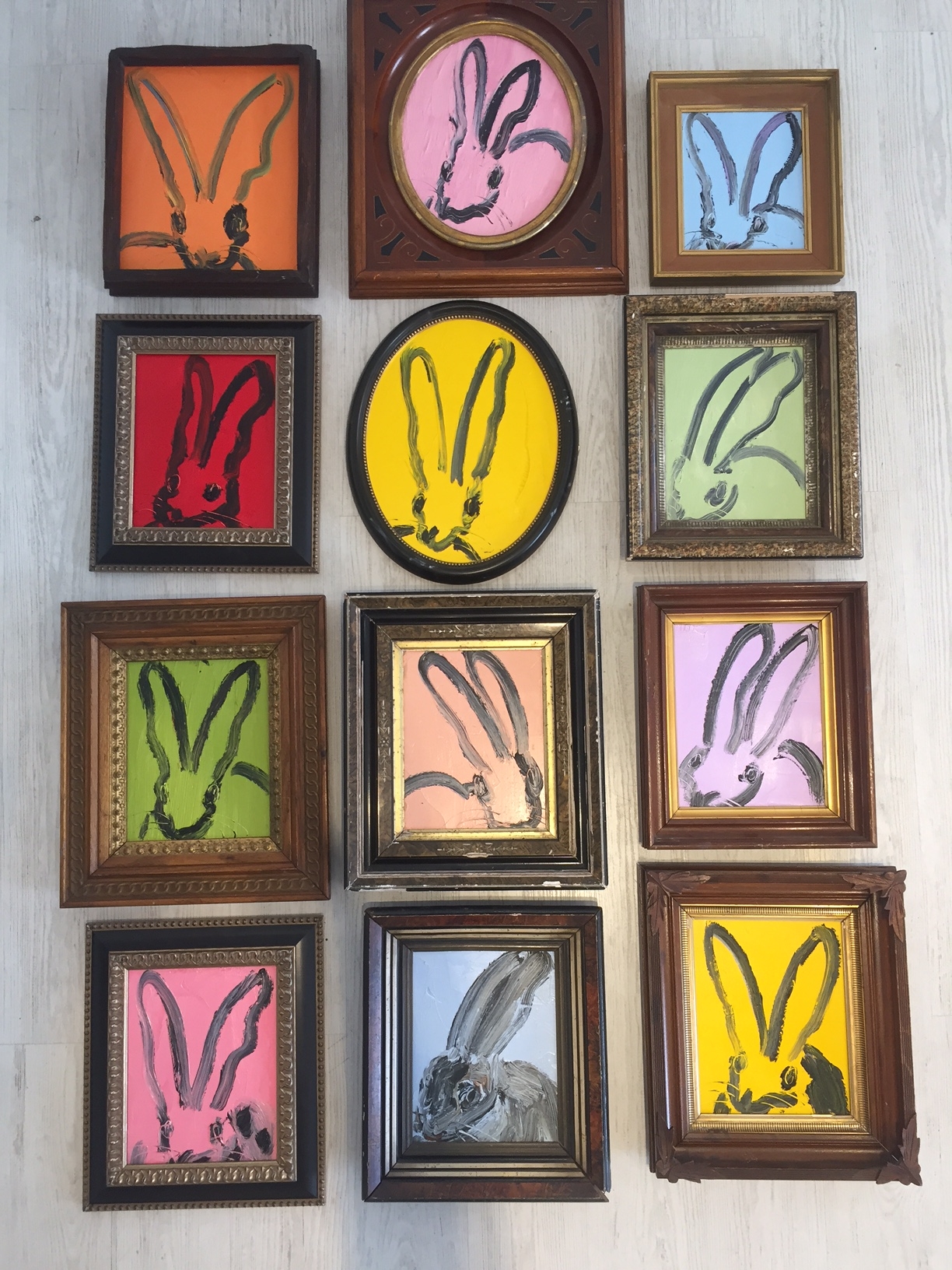 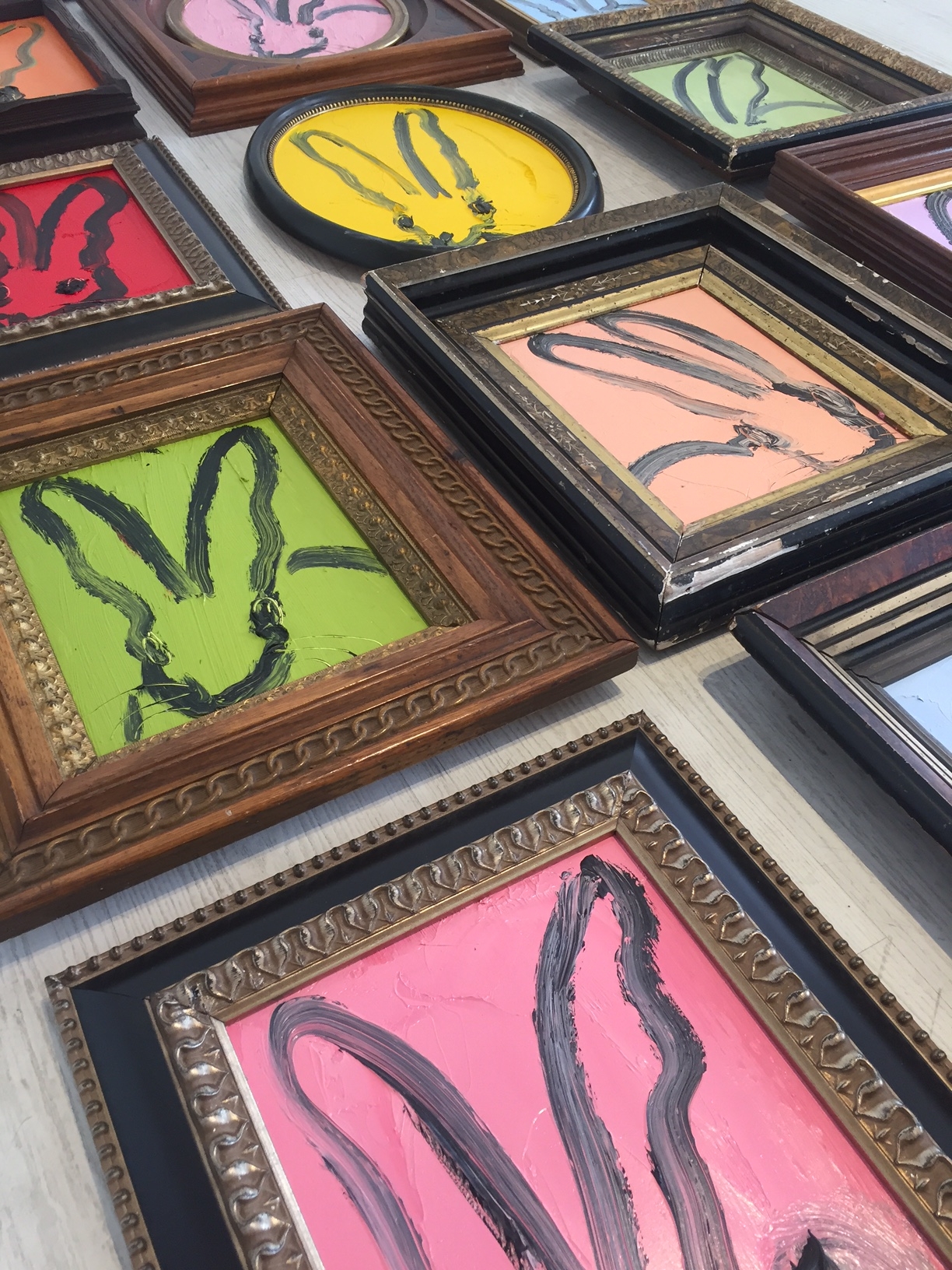 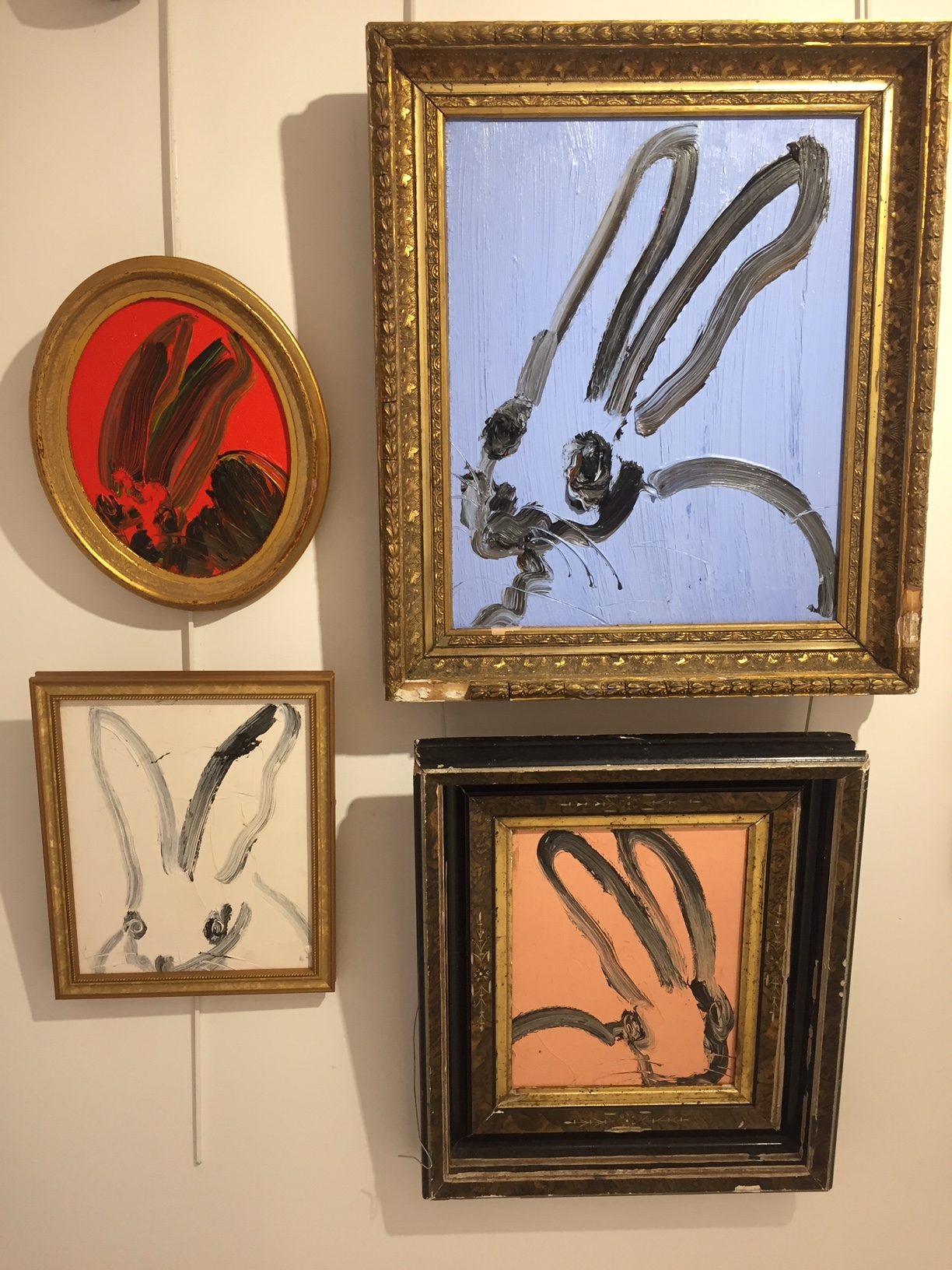 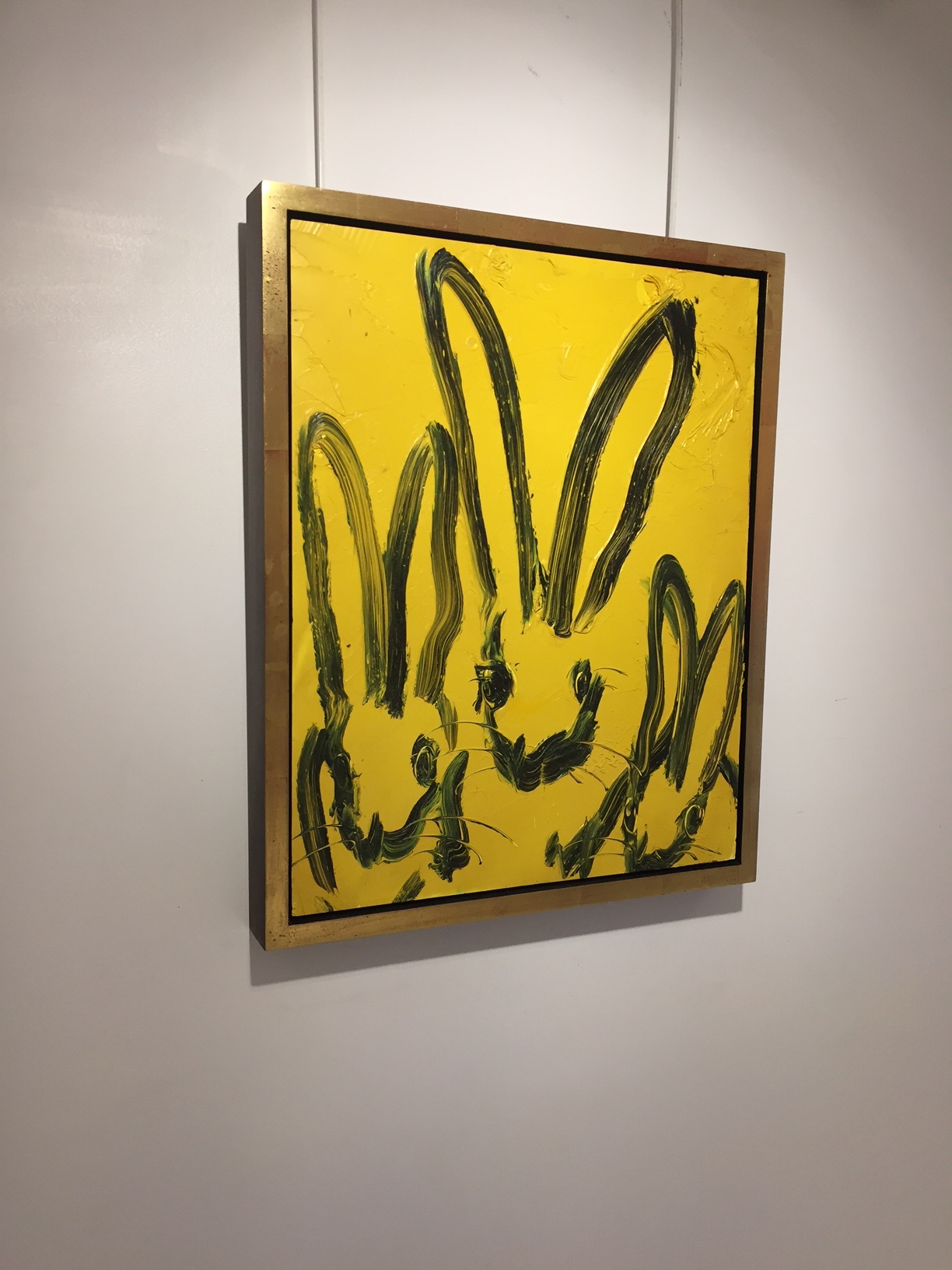 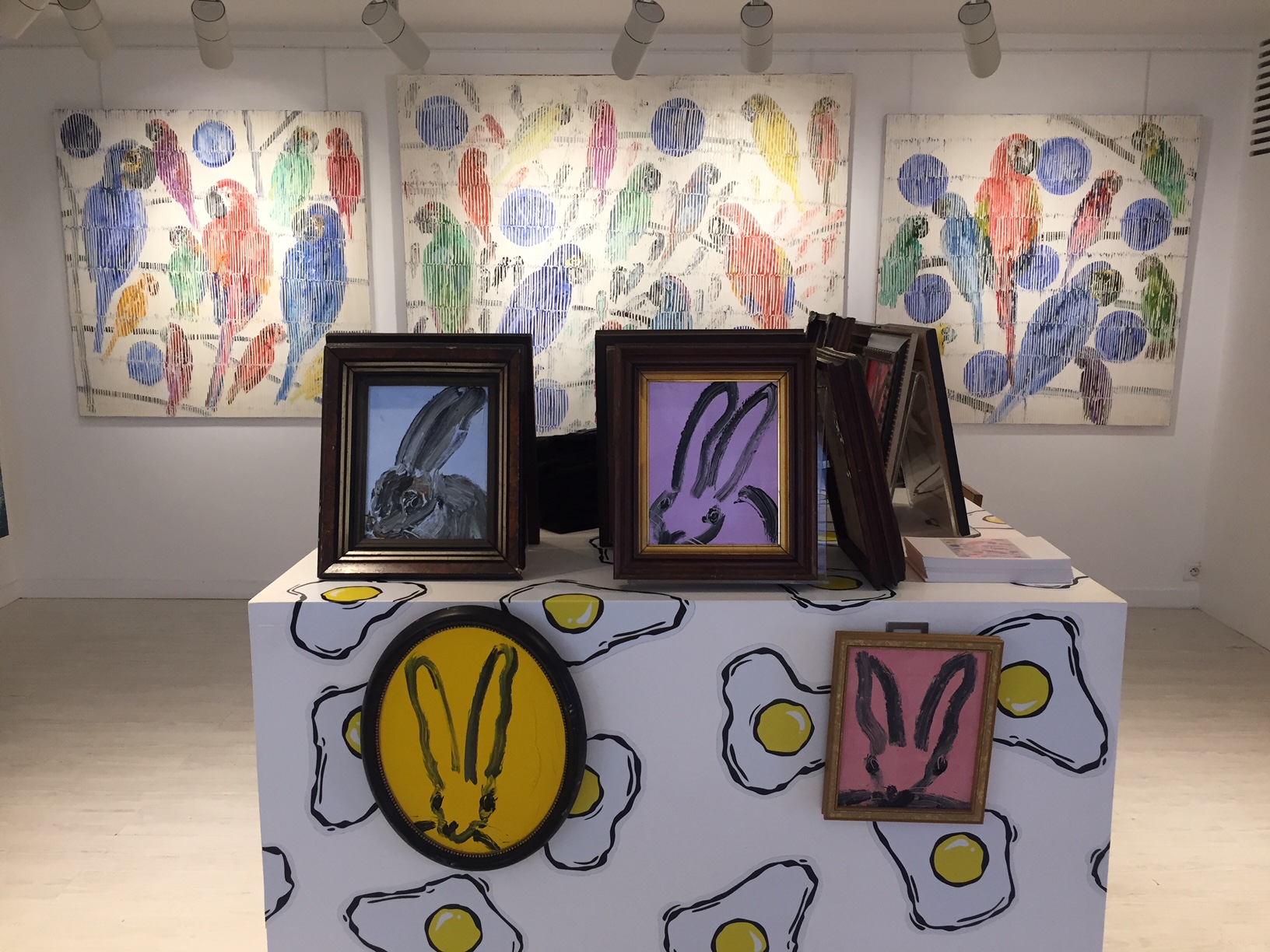 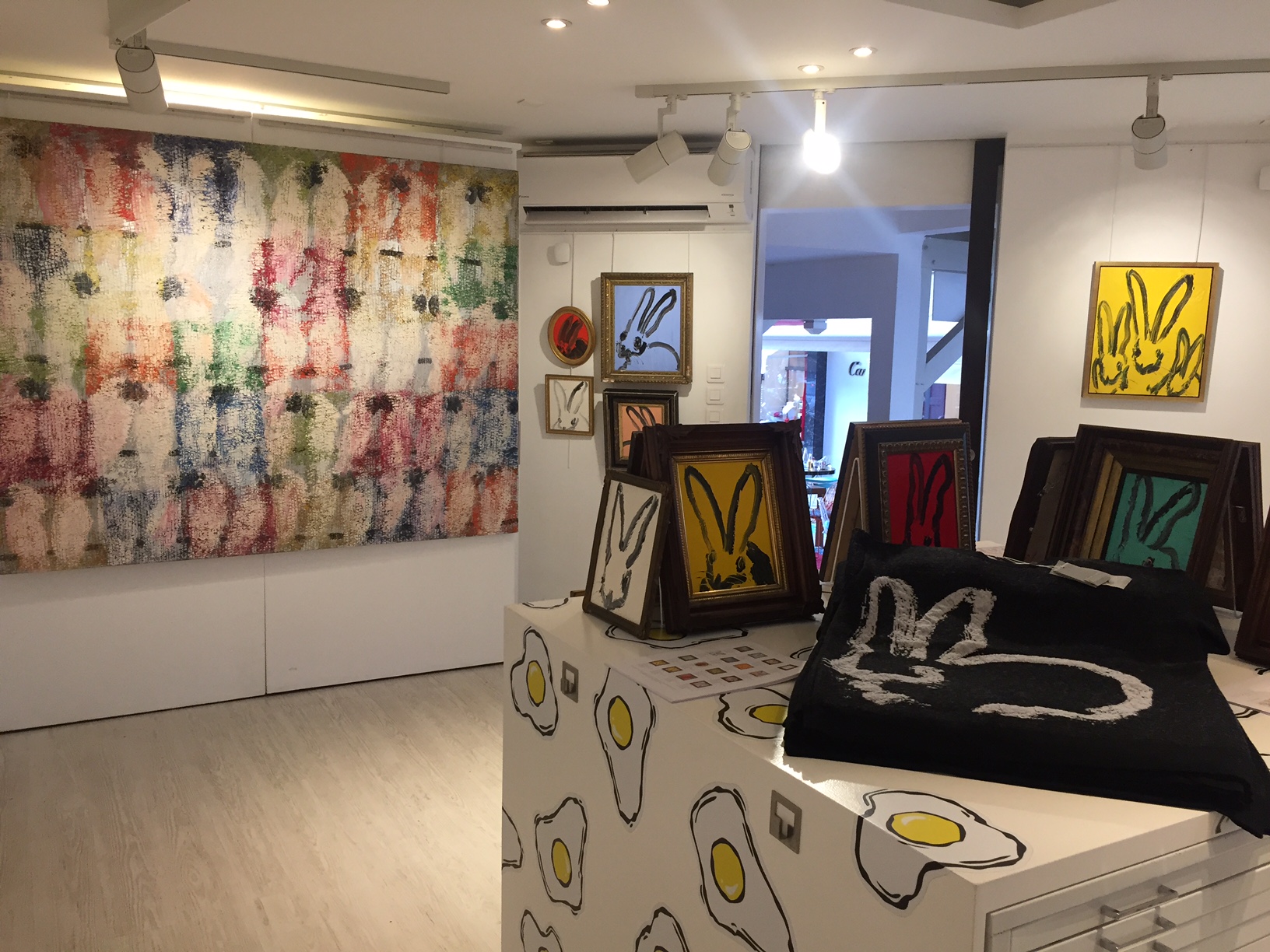 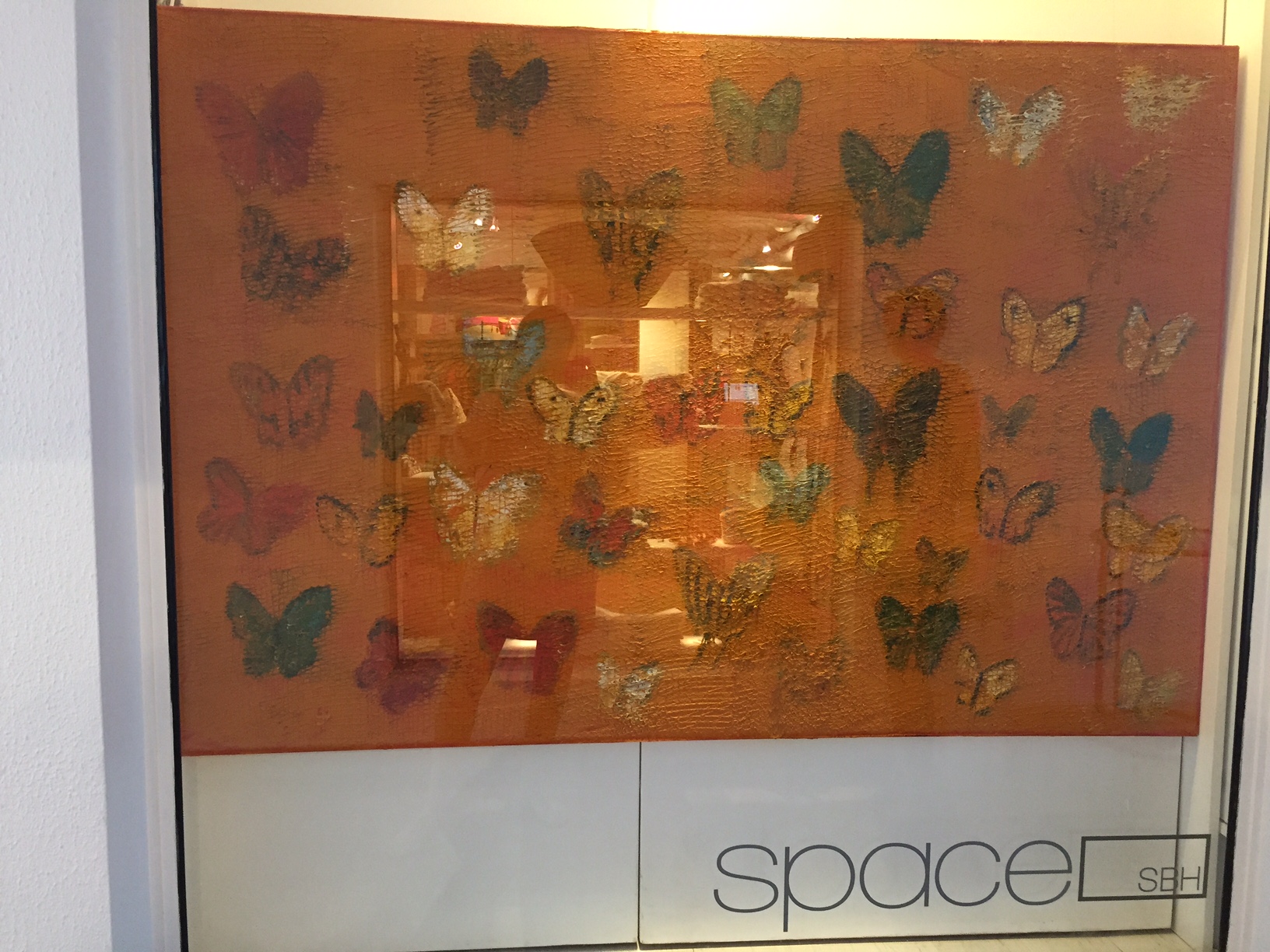 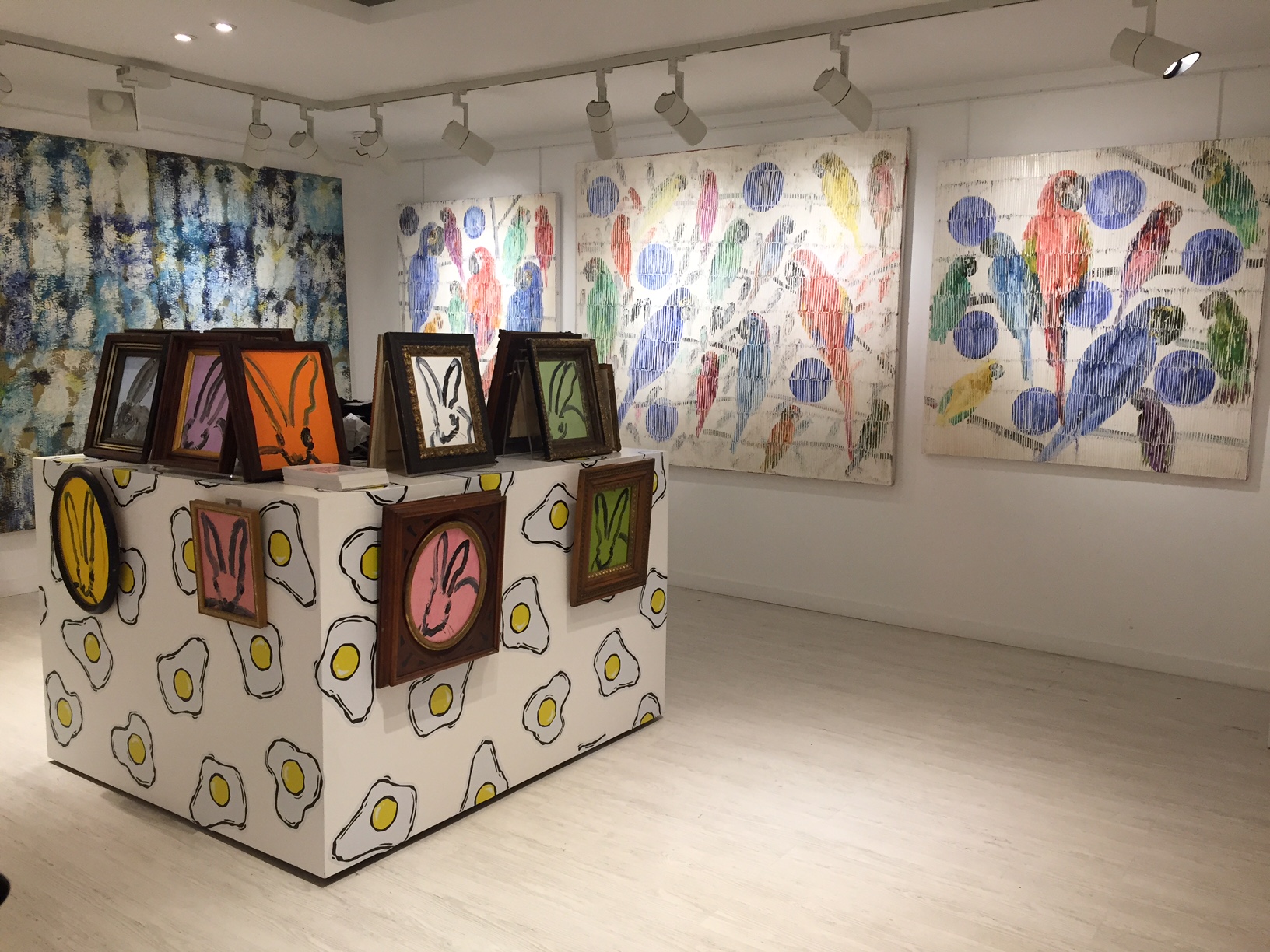 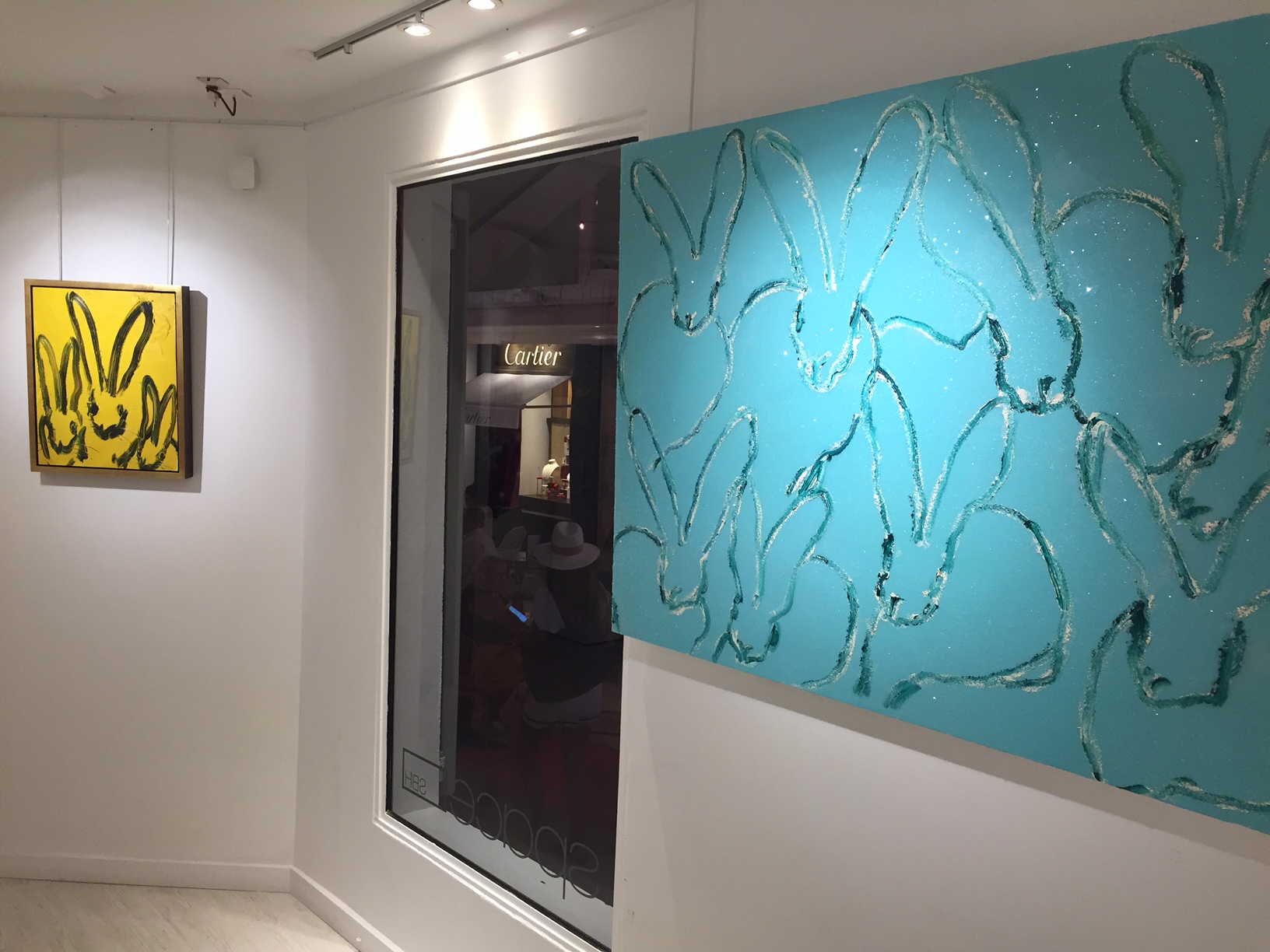 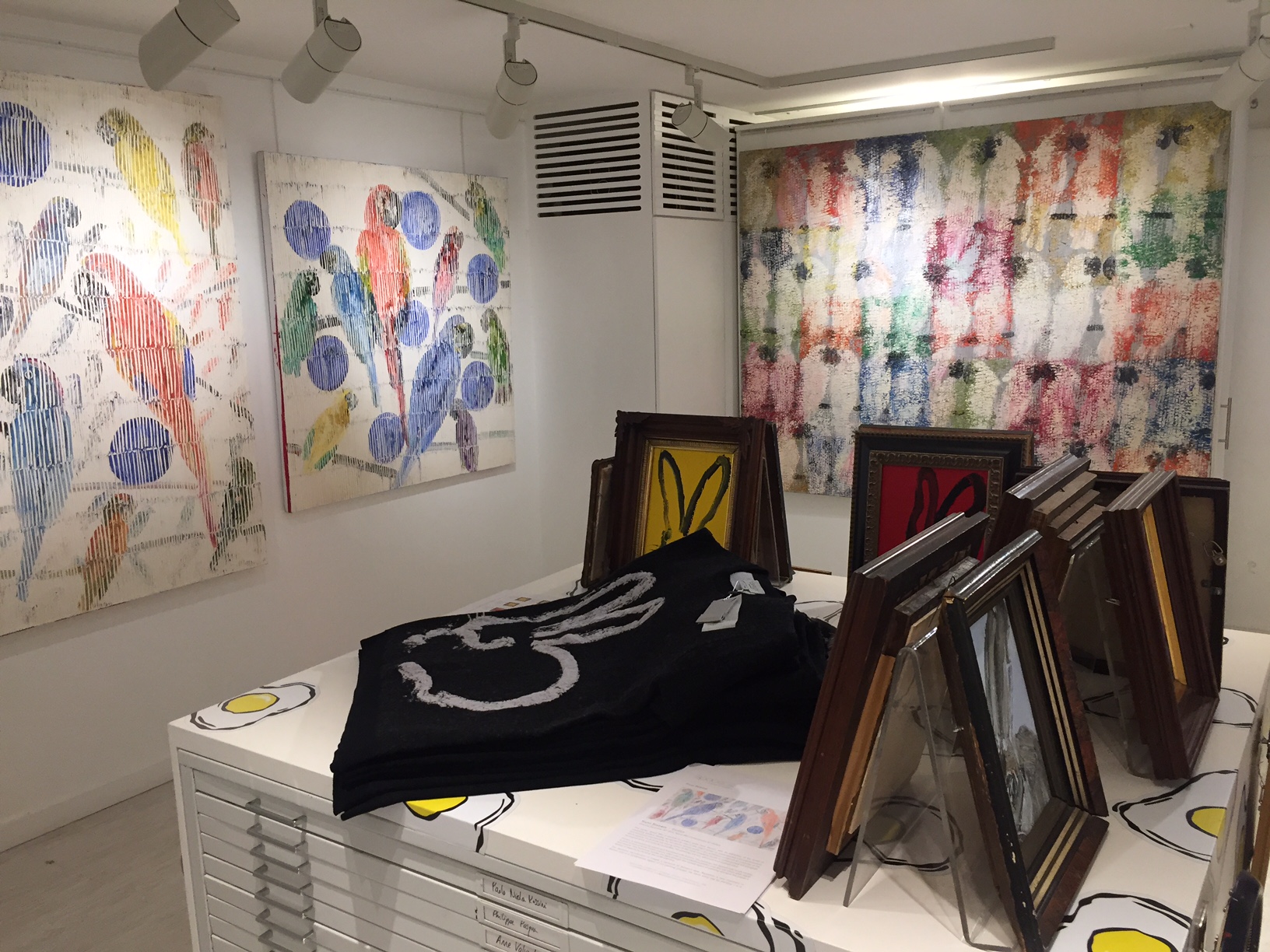 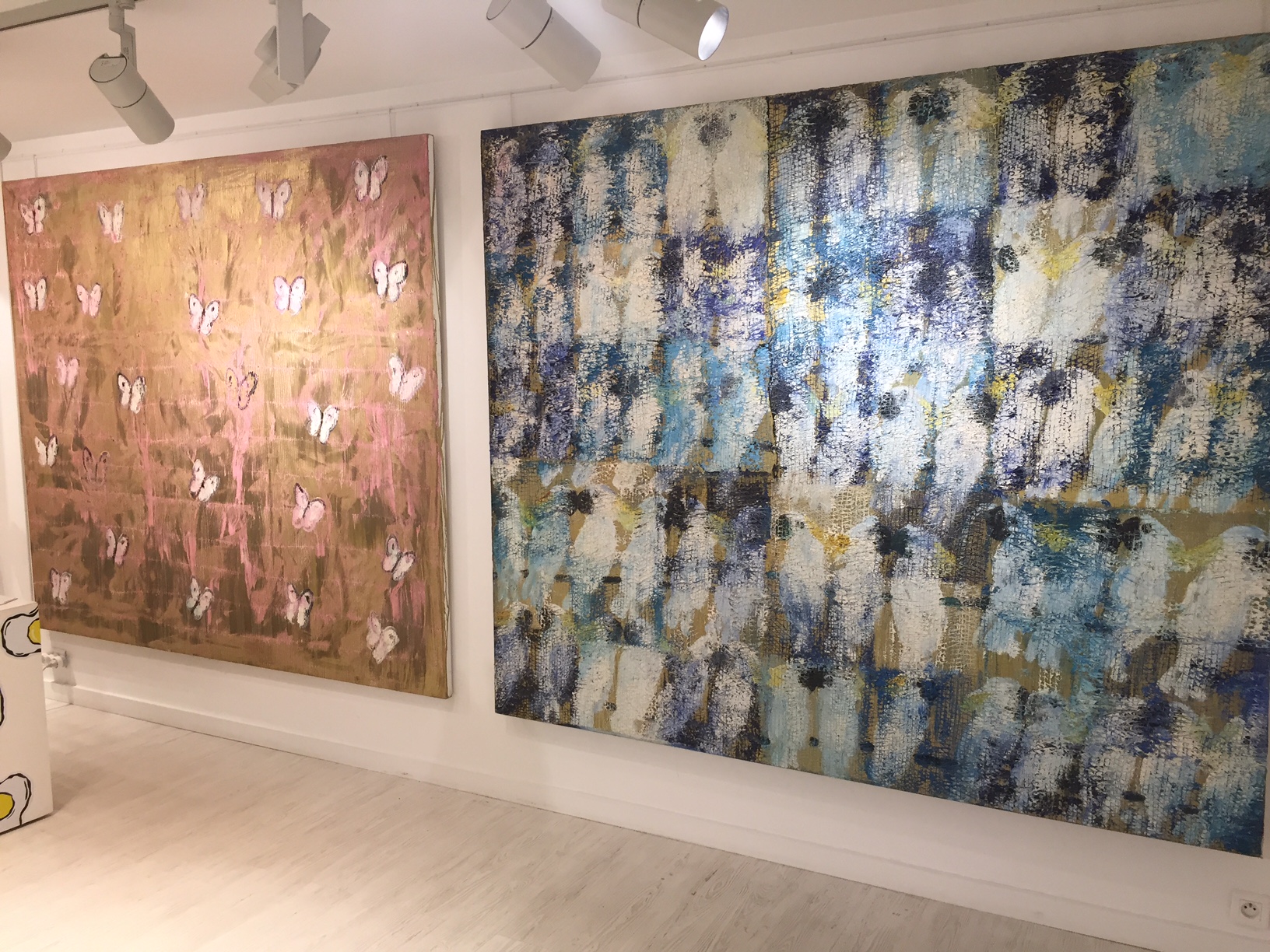 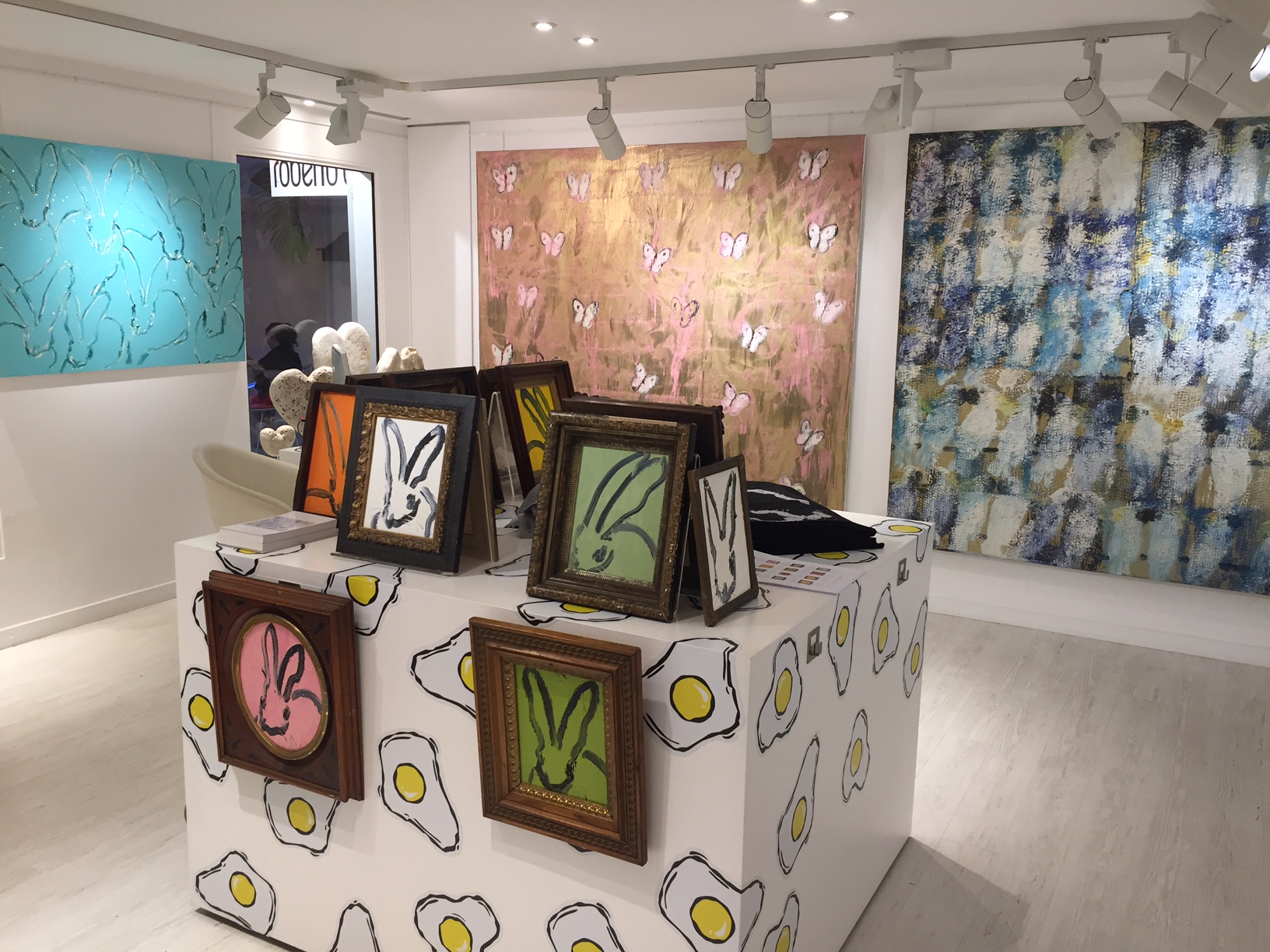 This winter, Space SBH is excited to present artist Hunt Slonem with an exhibition of his world of everything Exotica. Widely recognized as one of the major artists of contemporary neo-expressionism and renowned internationally for his various animal series’ – this exhibition combines an overview of his whole oeuvre. His bunnies are among some of the most covetable motifs in contemporary art alongside his tropical birds and colourful butterflies. His paintings are fun, whimsical and sophisticated.

Slonem is exhilarated by nature and fascinated with Exotica. His paintings are layered with brush strokes in thick oil and normally bright colours, often with a cross-hatched pattern over the top which adds depth and texture. This technique reveals the light through the various layers of painting and give the pieces a feeling of tapestry by showing the under painting.

The repetitive reproduction of images is signature of Slonem’s style. Repetition is very important to Slonem and is a fundamental aspect of his painting process. He starts every day by painting – it is ritualistic.

Stirred by Warhol’s repetition of soup cans and Marilyn, Slonem began experimenting with repeated renderings of subjects in his paintings – first evident in his Bunnies theme which emerged during the 80s. Slonem treats painting as a moment of deep meditation, connecting to what he perceives to be a higher being, channeling a higher consciousness to create his works – he has remarked, “it is a form of worship”. For him, the repetition is like a mantra. His daily morning practice involves painting his bunny portraits which commenced following a late-night revelation at a Chinese restaurant that he was born in the Year of the Rabbit. These individual portraits all have a unique personality and combine Slonem’s art with his passion for collecting, as the paintings are exhibited in Victorian-era portrait frames picked up from his travels across the US.

Bringing a freewheeling sense of awe, wonder and detail to his wild array of paintings, NYC based artist and lifestyle trendsetter Slonem is considered one of the great colorists of his time. As the son of a Navy officer, Slonem spent his childhood on military bases: growing orchids in Hawaii, collecting stamps in Louisiana, and chasing butterflies in Nicaragua—the place that inspired him most. The tropical landscape informed not only his process, but also his need to be surrounded by the nature he paints; he often works with a bird or two perched on his shoulder. His iconic paintings are a result of the lasting impression from these travels which led to the creation of the colorful works that oscillate between the realms of fantasy and nature.

Just over 40 years since he moved to New York, and 37 years since his first solo show at the Harold Reed Gallery, the ever-entrepreneurial Slonem continues in whirlwind mode. He has had 36 exhibitions of his works throughout the U.S. and Europe in 2016 alone, a licensing deal for a new line of Lee Jofa wallpaper and rugs, and has just launched a fashion line collaboration with designer Jason Wu in New York. Space SBH is excited to be an exclusive carrier of the limited edition Bunny sweater.

Throughout his extensive career, which includes over 300 solo exhibitions in galleries and museums internationally, Slonem’s work can also be found in the permanent collections of 250 museums including the Guggenheim, the Museum of Modern Art (MoMA), the Whitney and the Moreau Foundation. He is also part of private collections all over the world, including those of many celebrities. As described by the curator of the MoMA, New York, his paintings are considered an important exploration of post-cubist abstraction.

For more information about the artist or available works please contact the gallery info@spacesbh.com

Oil and acrylic with diamond dust on canvas; signed