Natalie Frank: My Noon, My Midnight, My Talk, My Song | St Barth 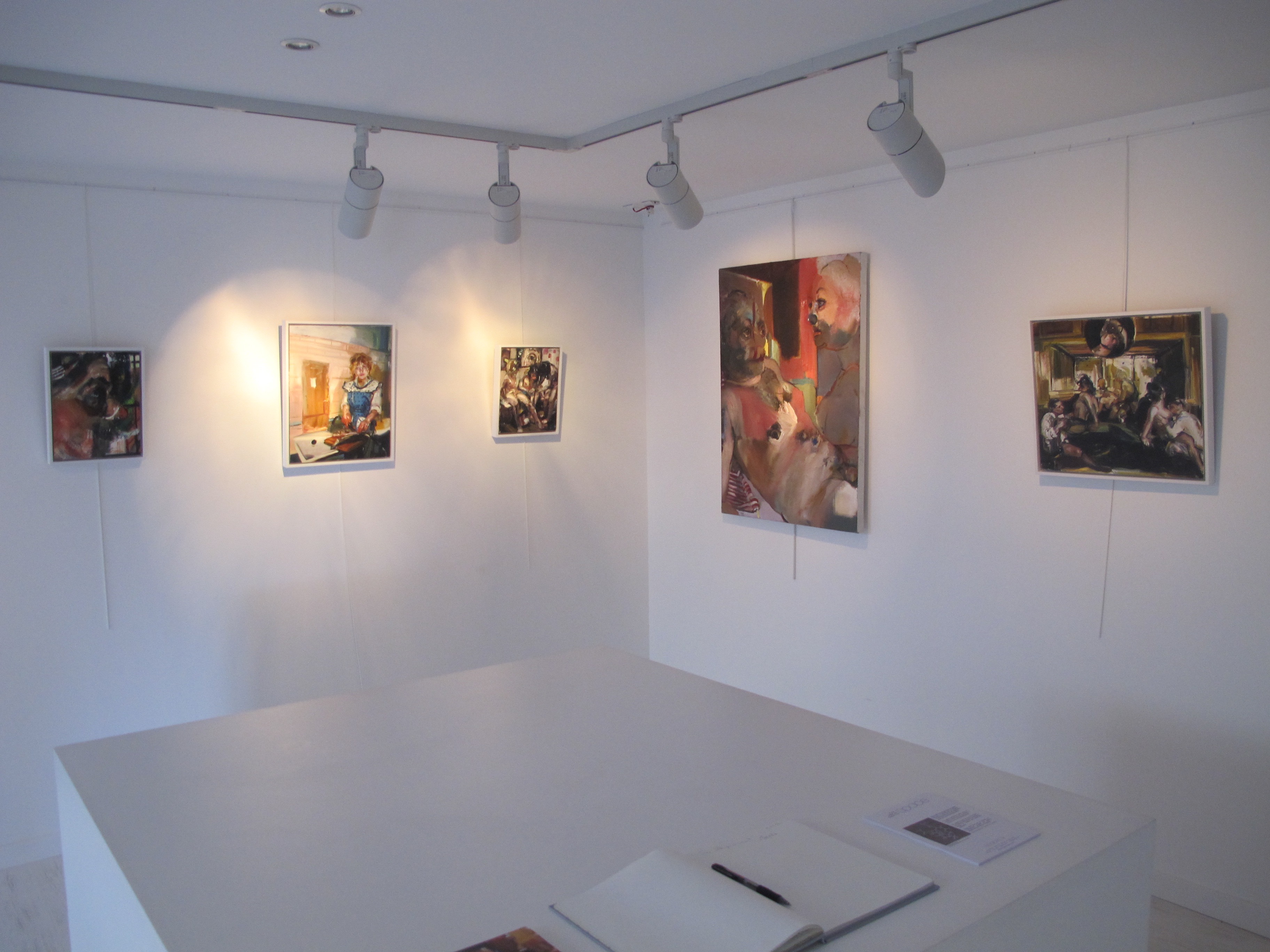 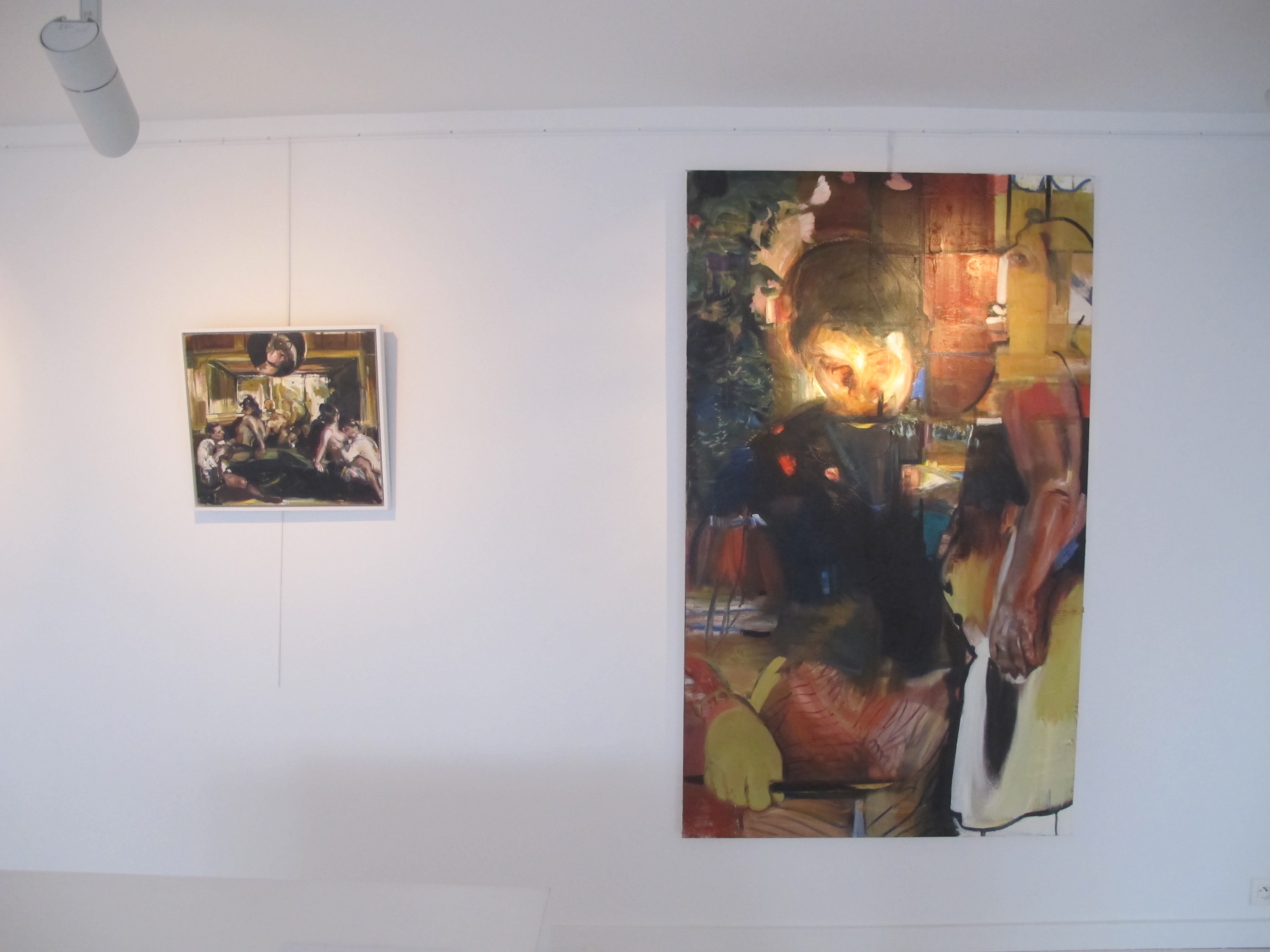 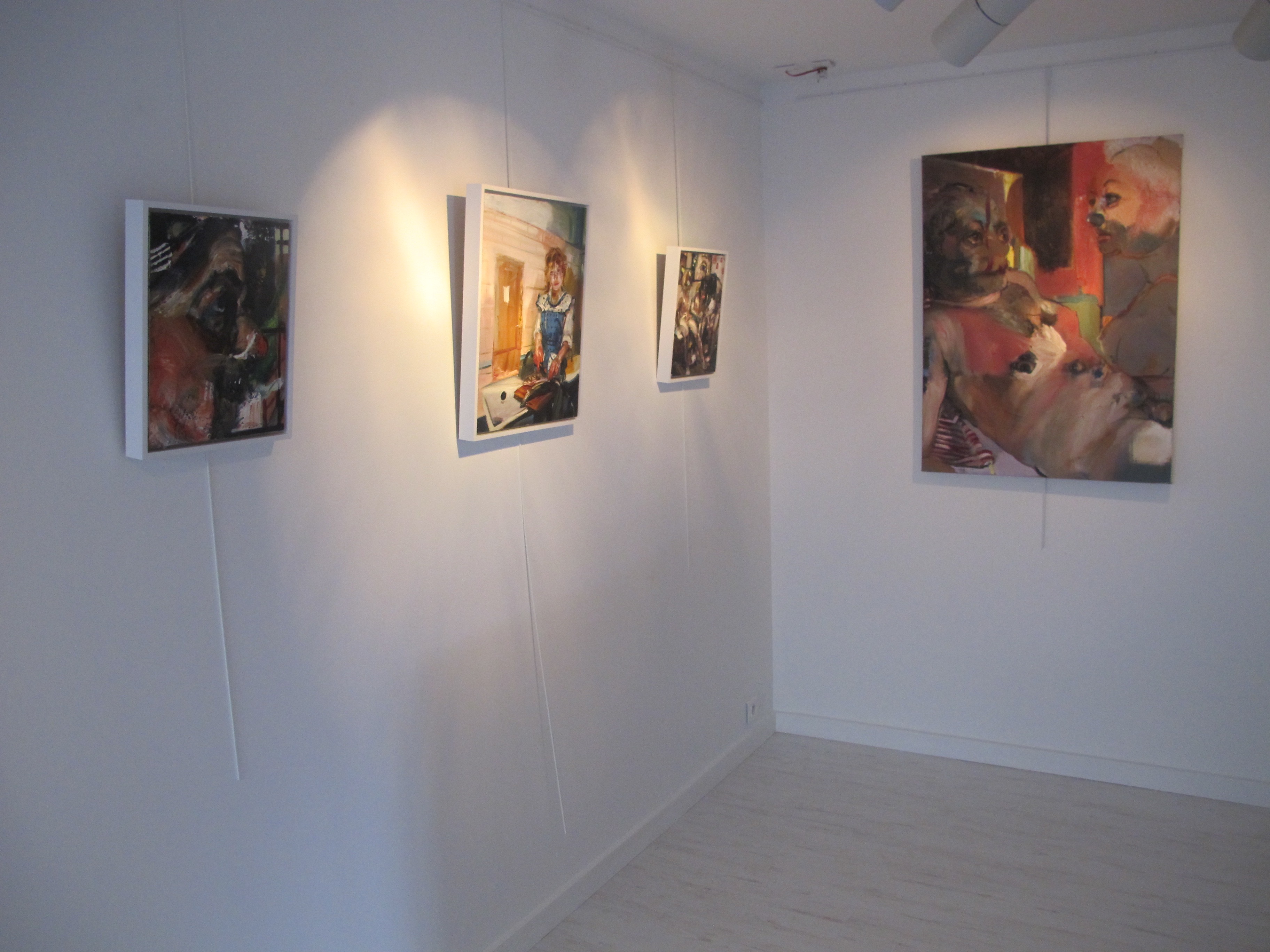 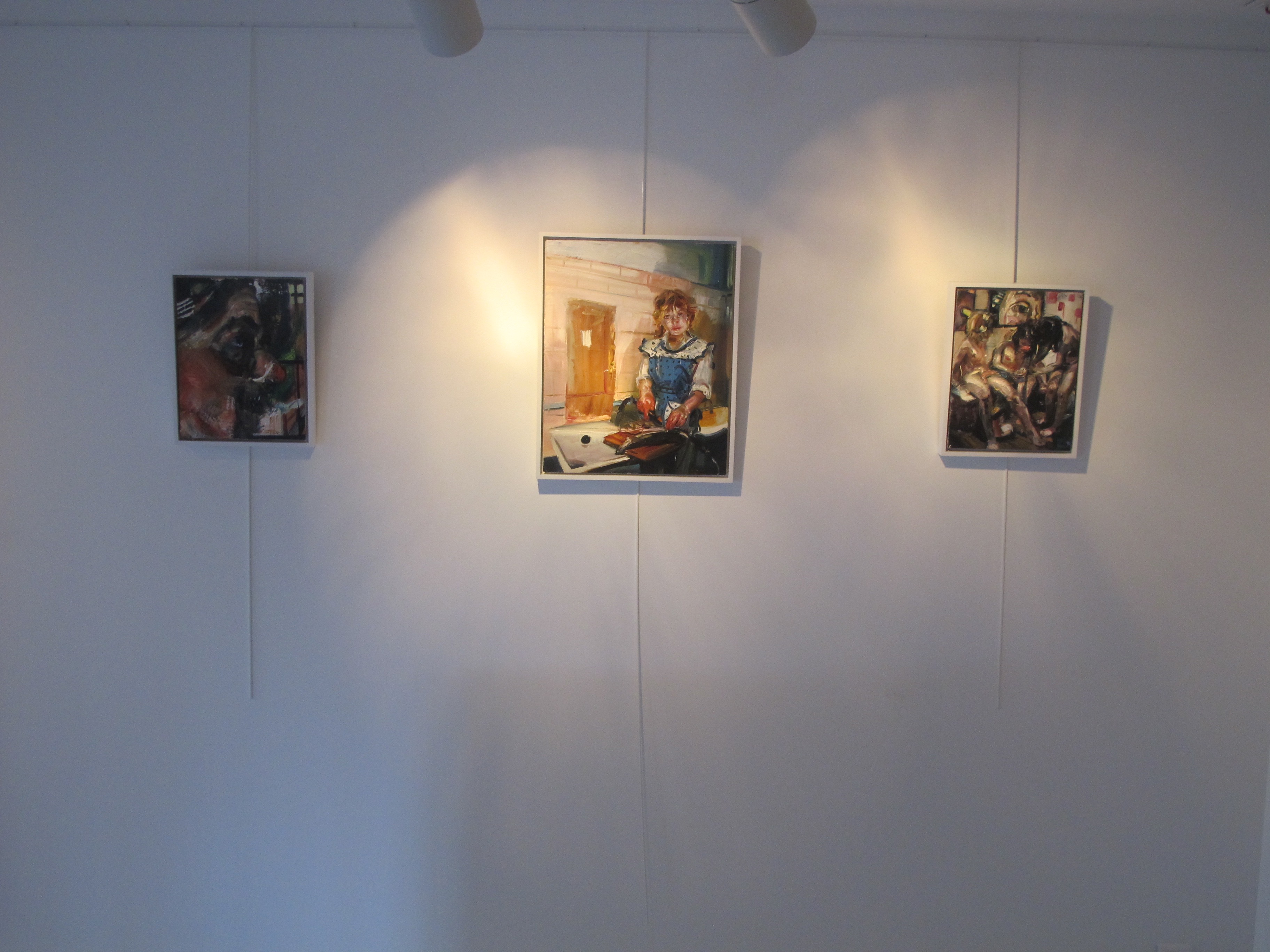 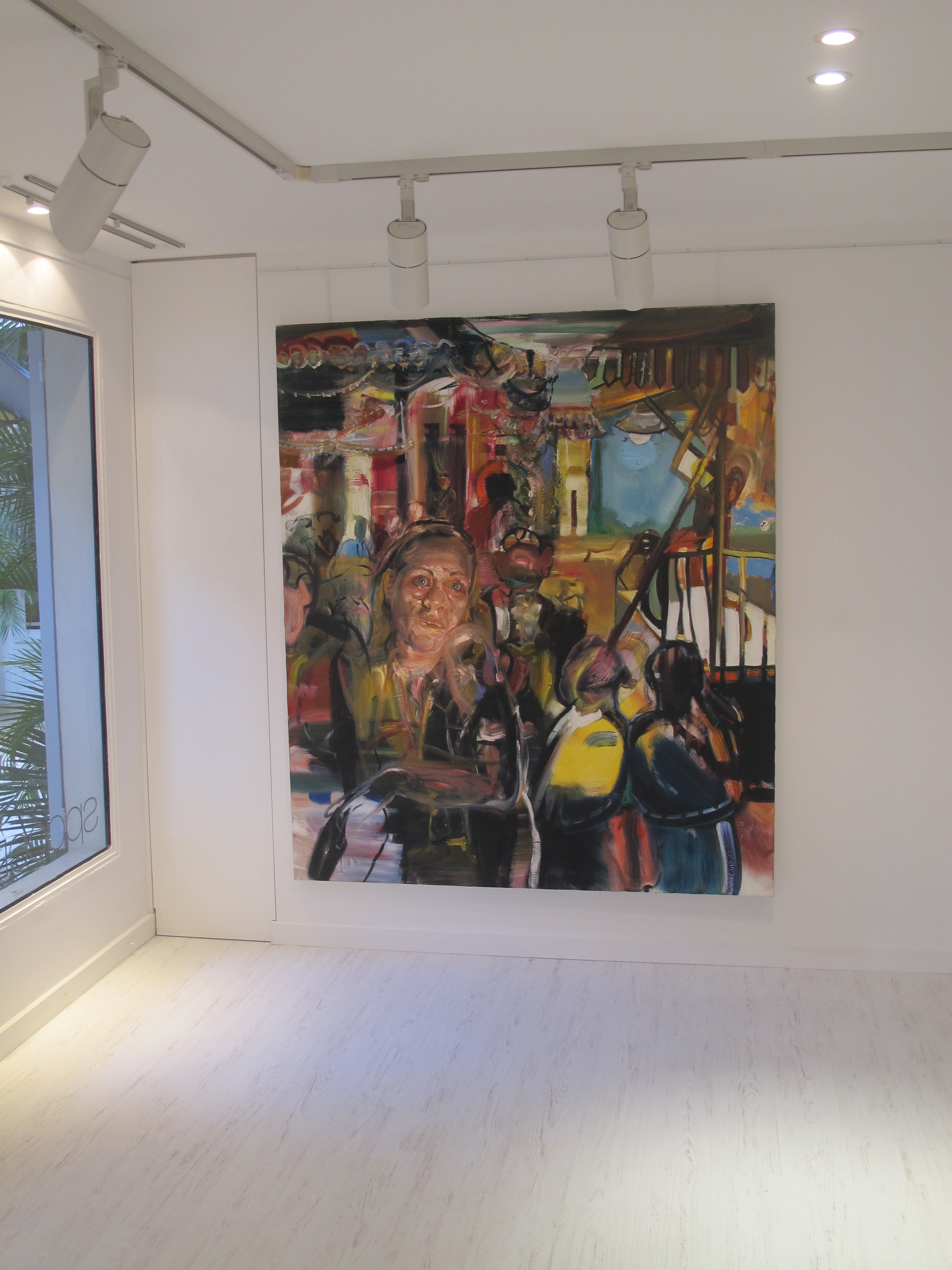 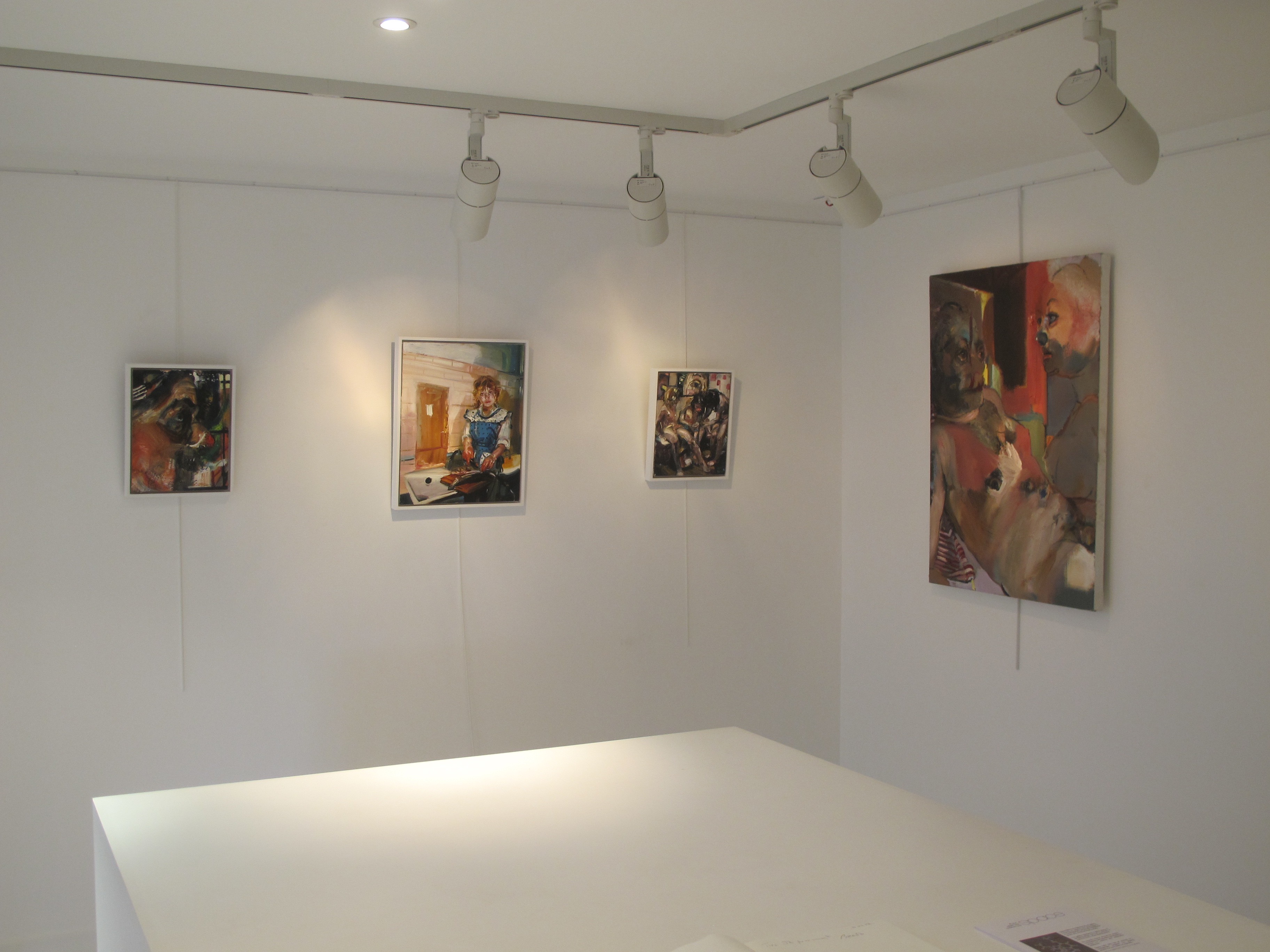 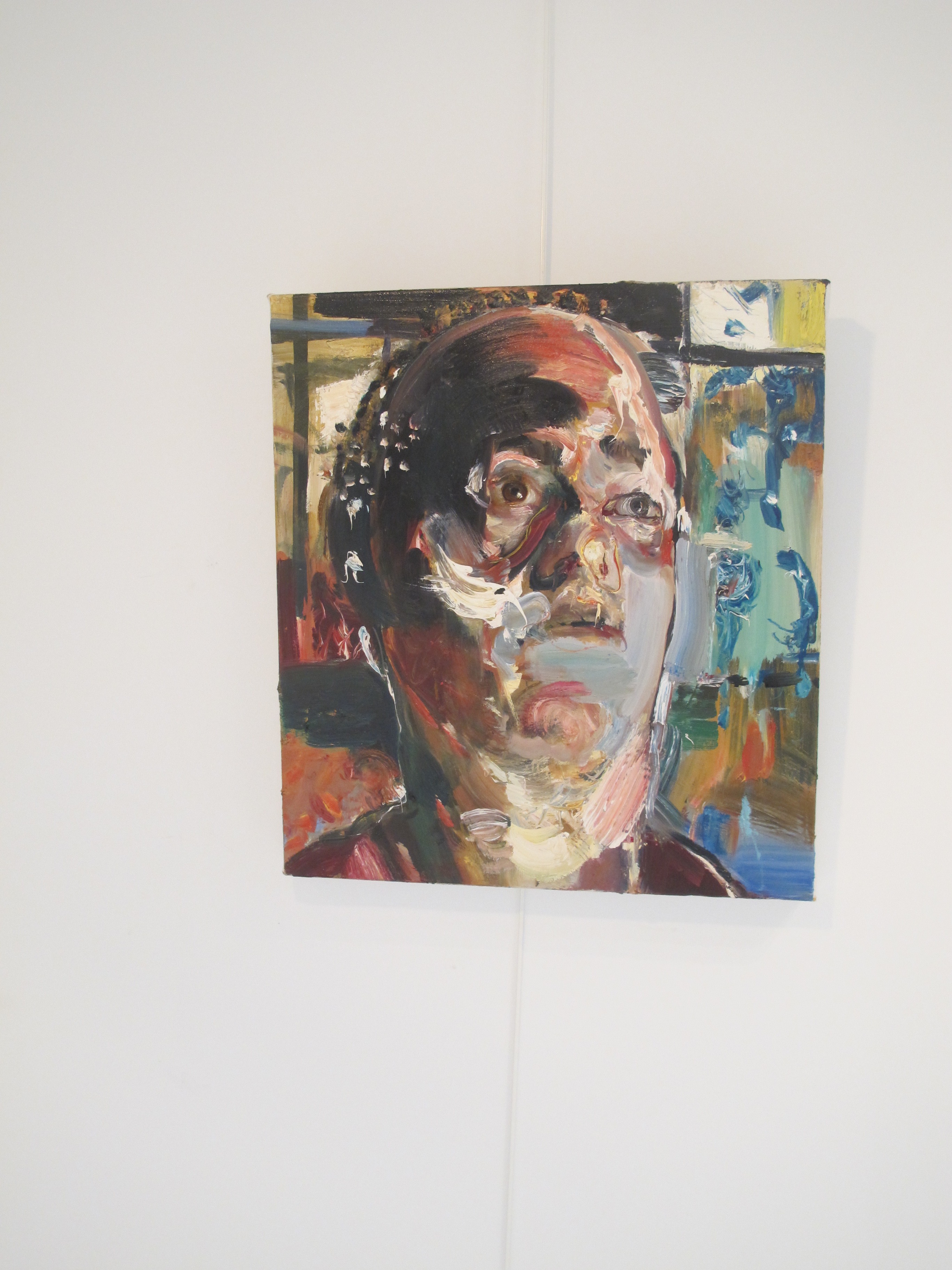 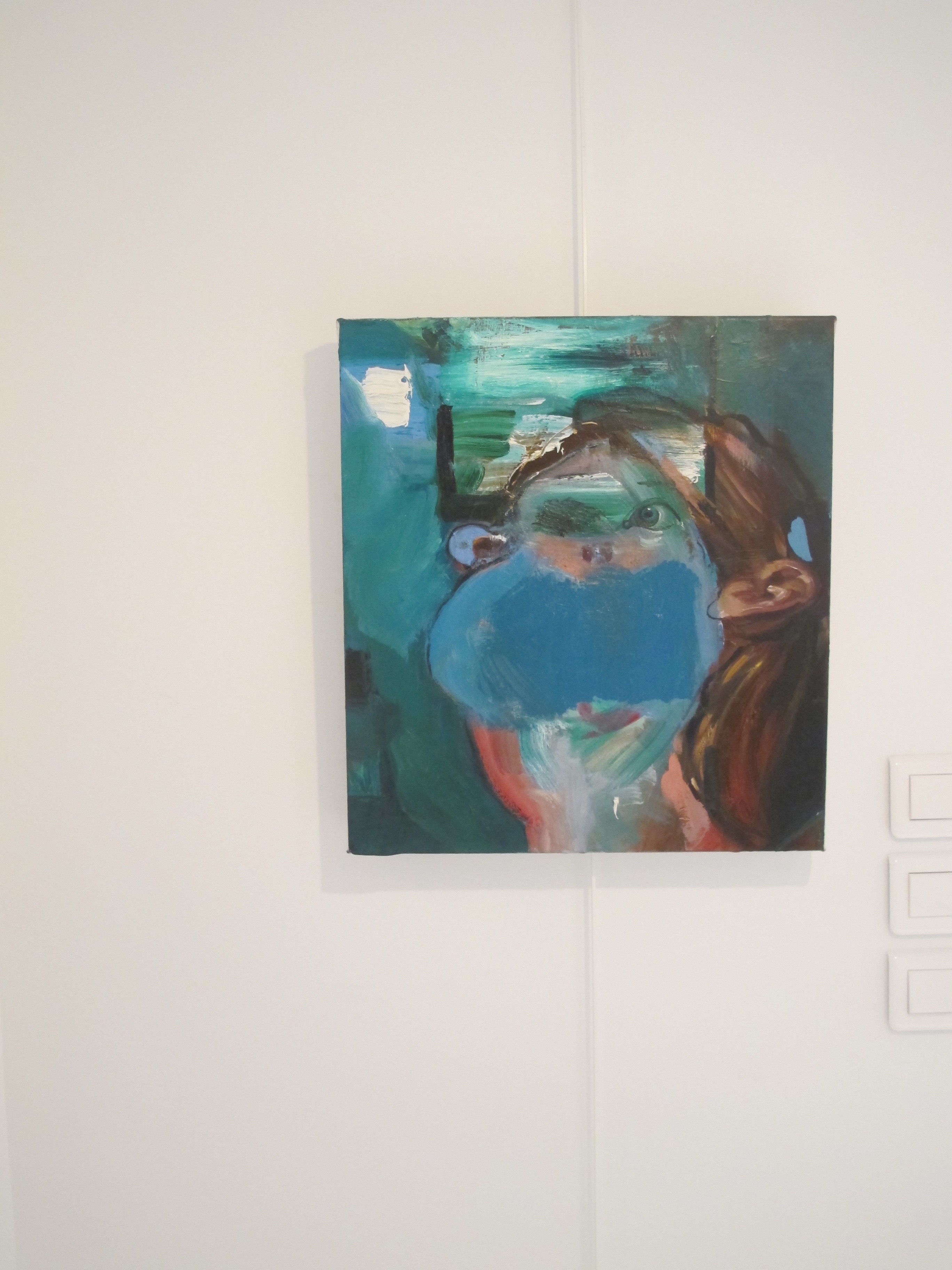 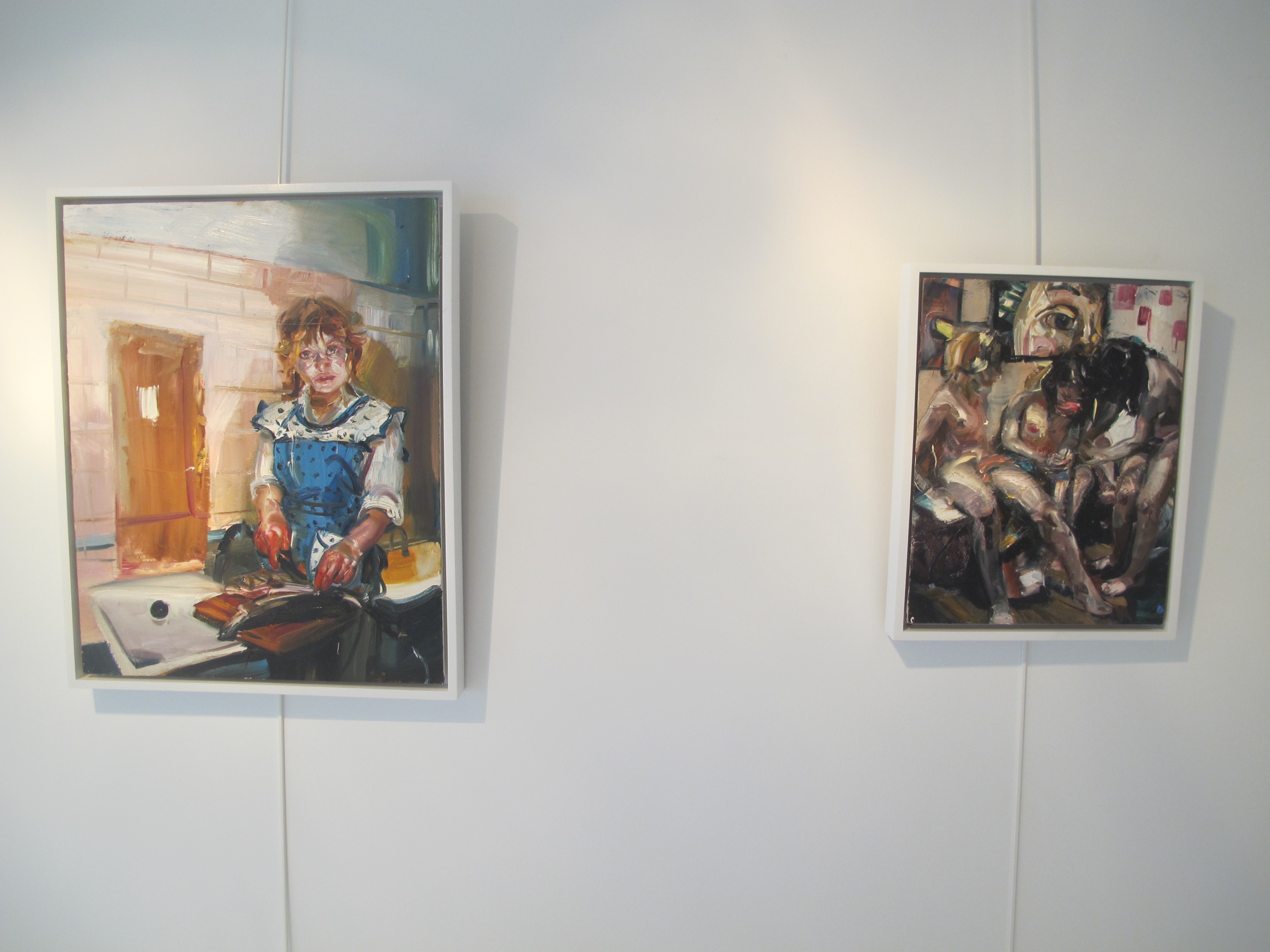 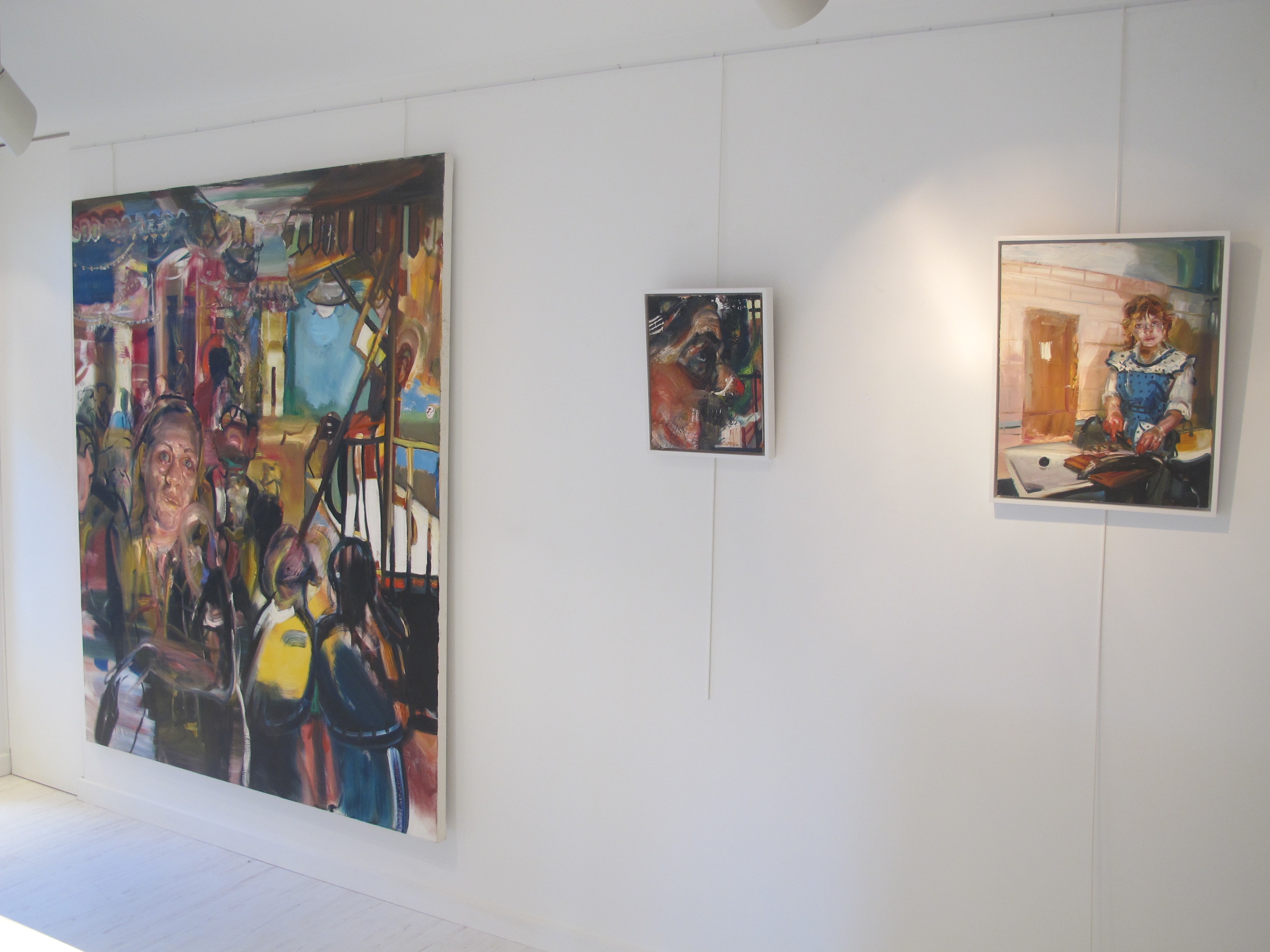 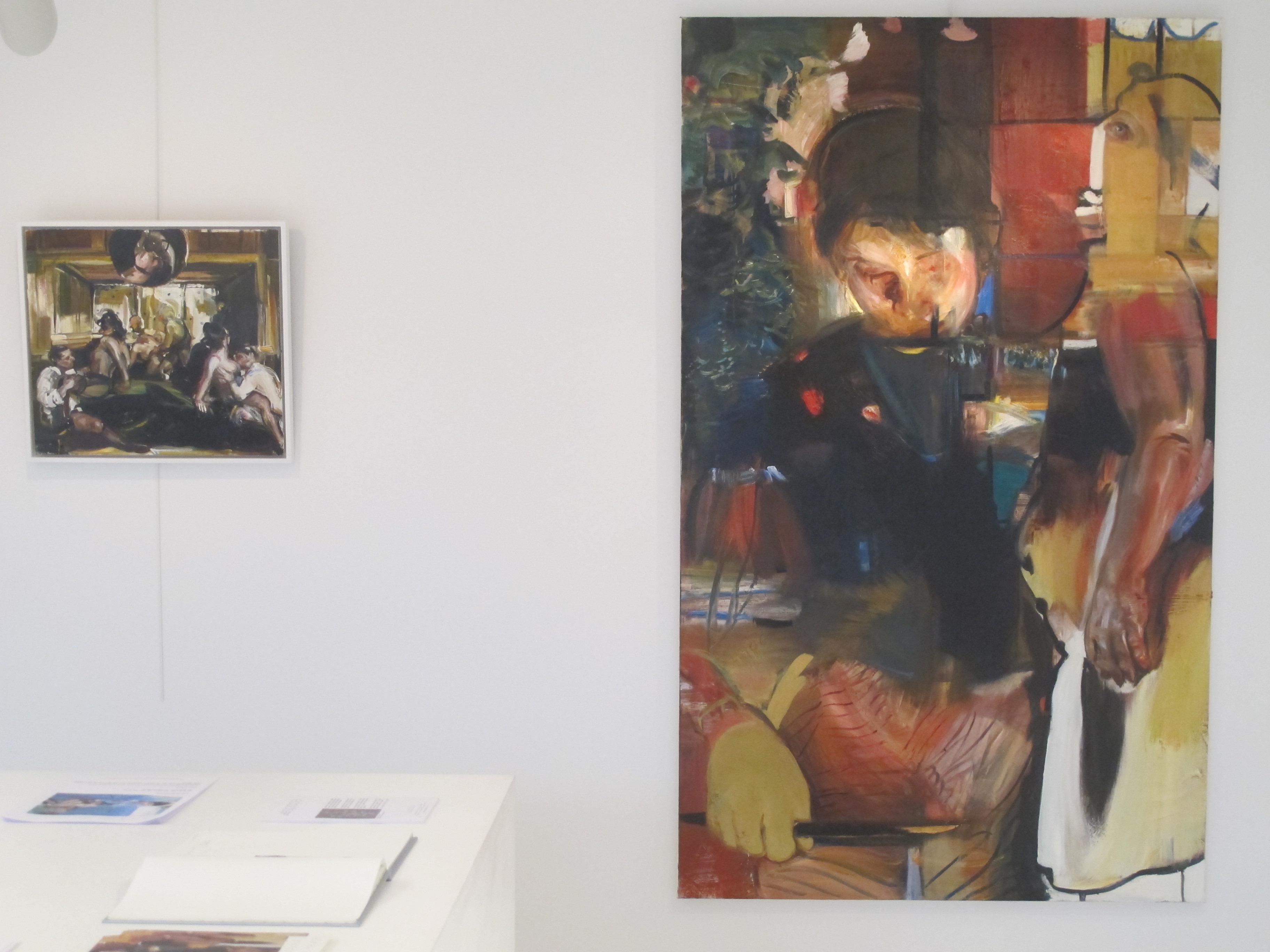 Frank's paintings deal with representations of power. All of the figures in her work confront each other, themselves, and the viewer in displays of terror and the sublime in the everyday and in fantasy.

In Portrait 4, a woman with a red clown nose stares off into the distance, in front of a window or a portal that leads into another world. Her diabolical eyes echo the possibility of the unknown - her lower jaw becomes one of death. She is both of this world, and the next.

In Goosing, a woman is left alone. A large hanging figure flickers in and out of the foreground of the painting, as the standing more wholesome figure attempts to extinguish what is, perhaps, a part of her she wishes away. The knife skims the bottom of the painting, reaching out to the hanging figure's belly, as if she were a piñata.

The reclining man in Couple stares at his paramour - however, his nose has disintegrated, and his sex withered, as his breasts echo his lovers'. Two eyes stare out from his abdomen, reaching out the viewer. These eyes seek out as if to mock the gaze of these lovers.

As tender as the man in the small painting, Couple is, the animalistic scowl of the woman who curls her hand on his neck, reminds the viewer that behind each sentiment and action, in Frank's work, there is always a twist.