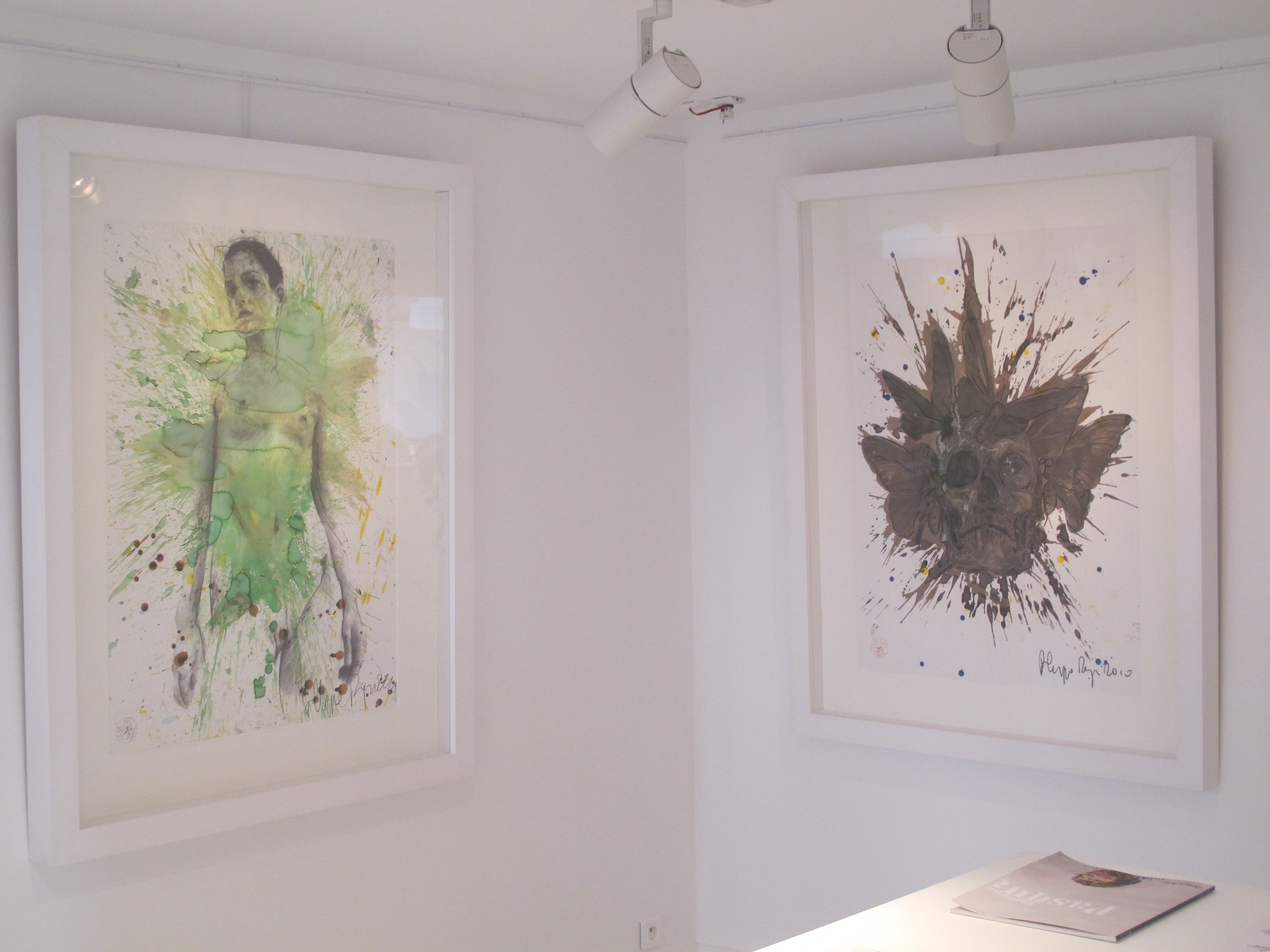 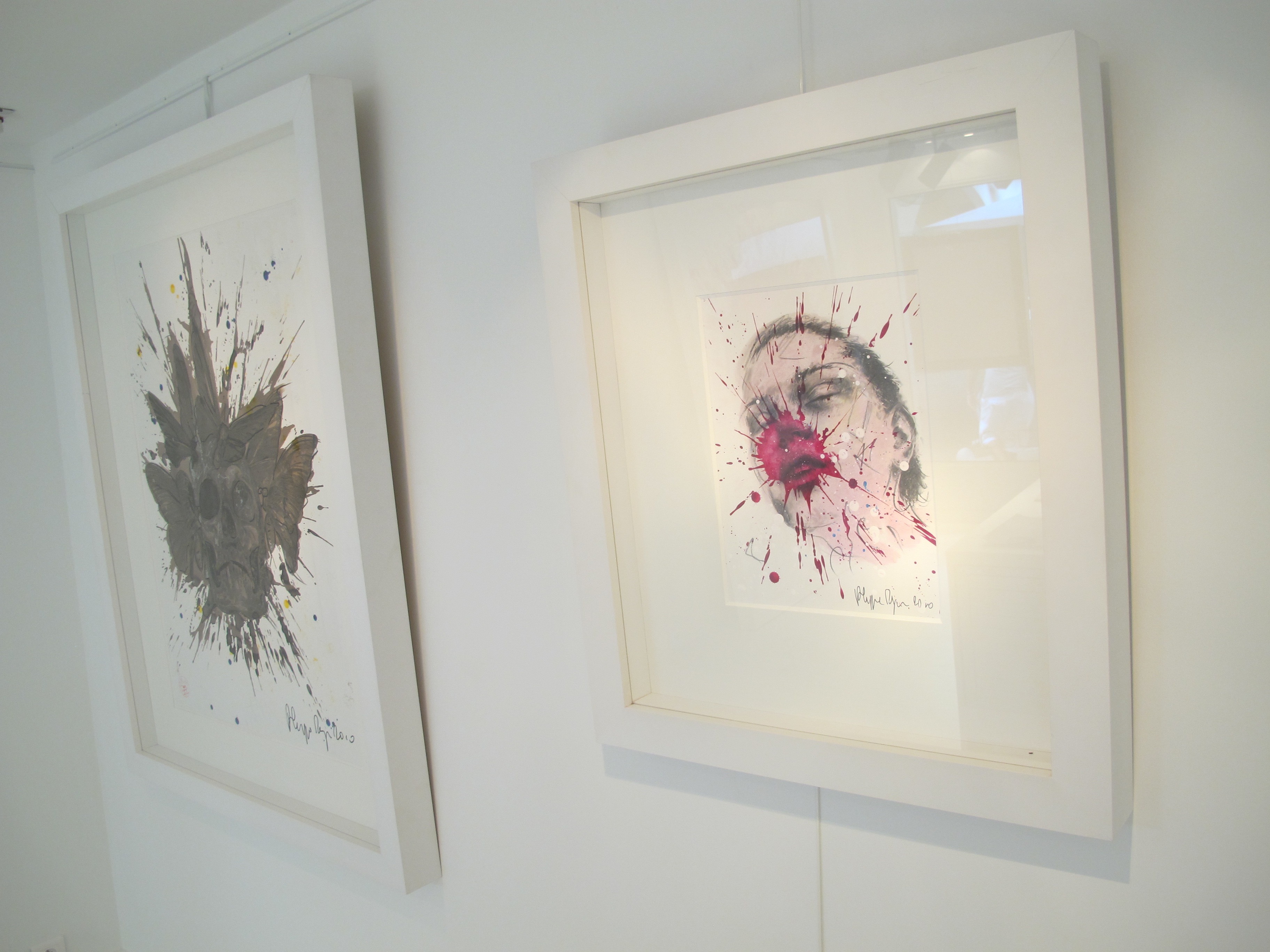 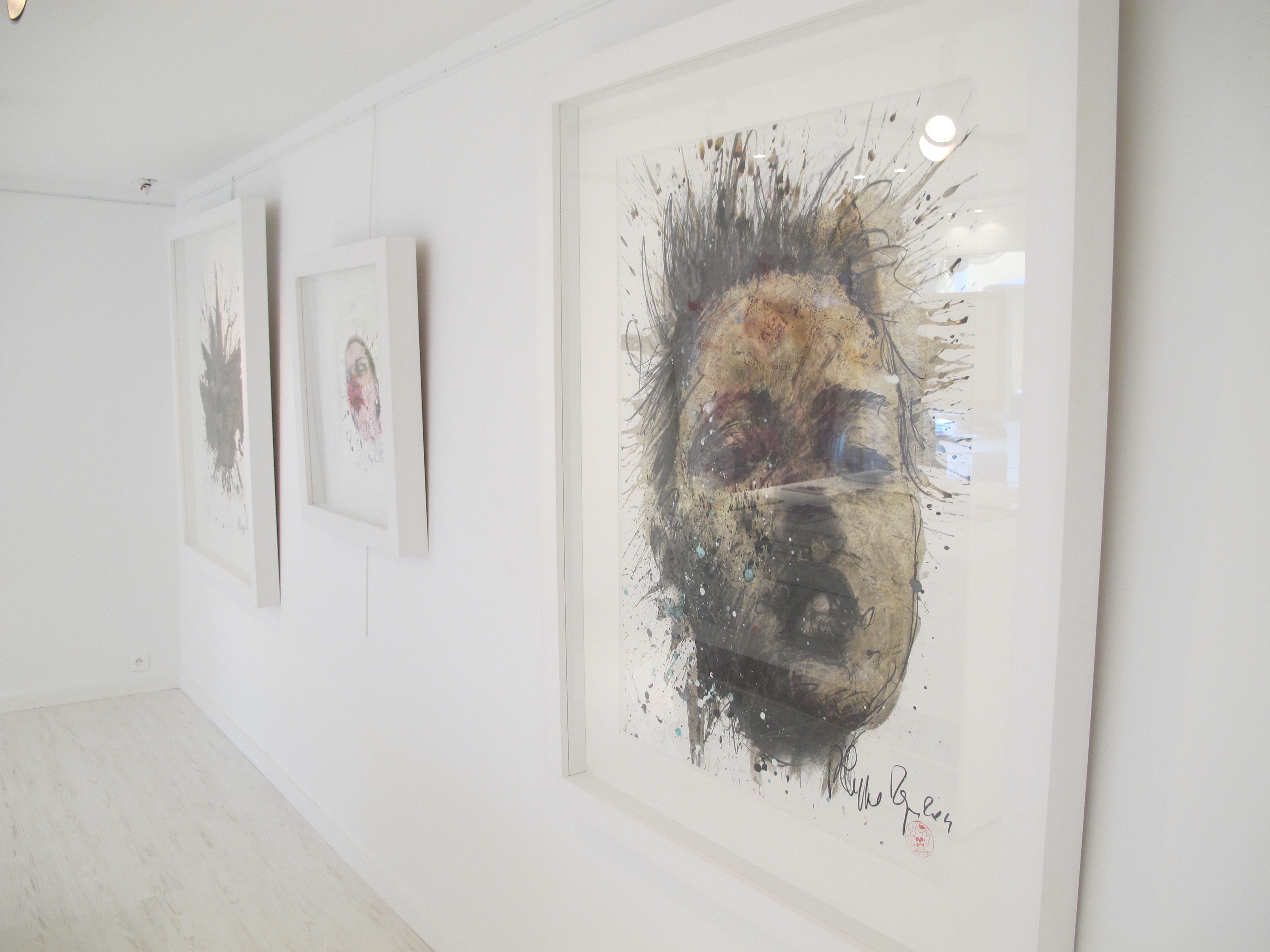 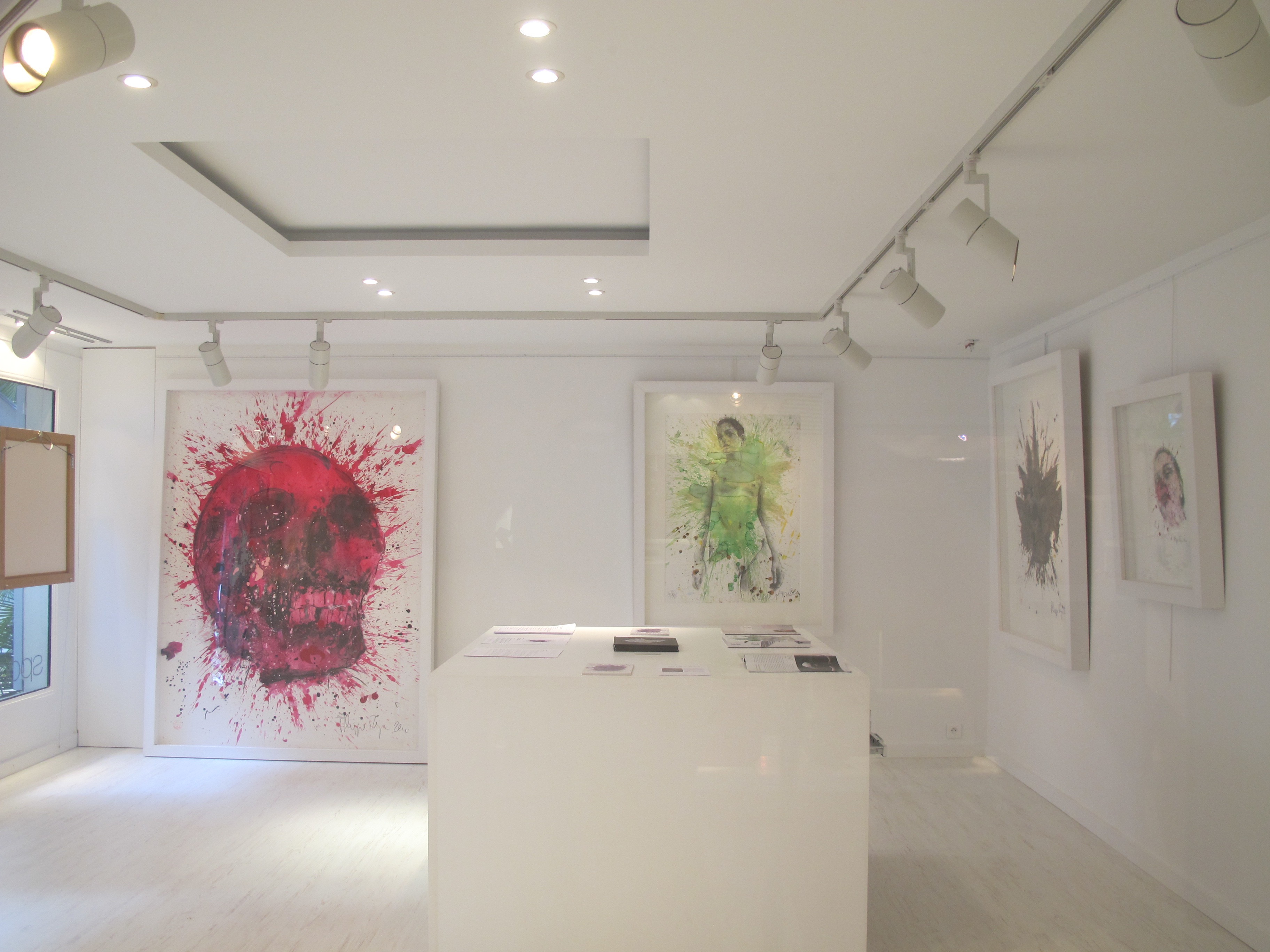 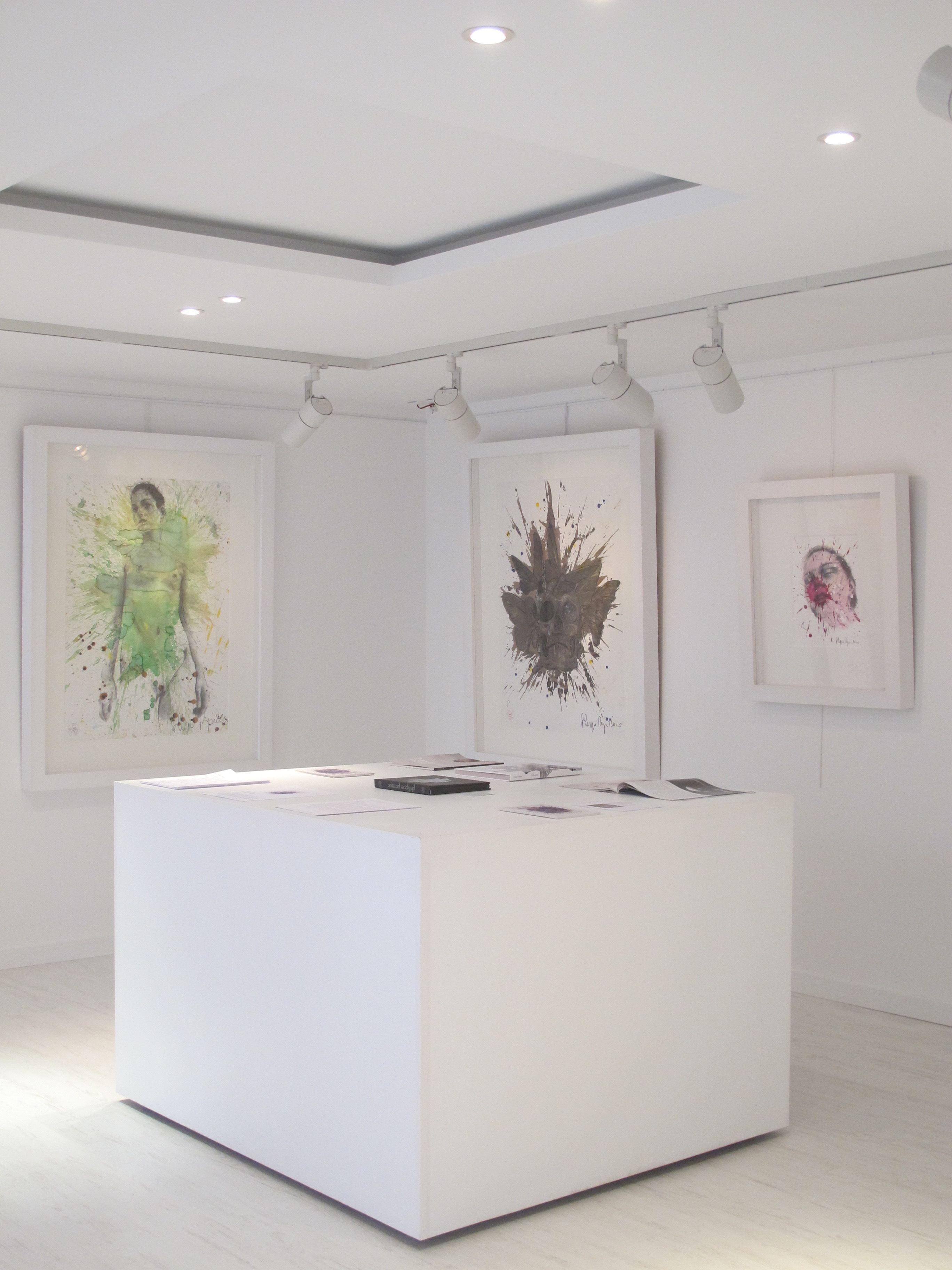 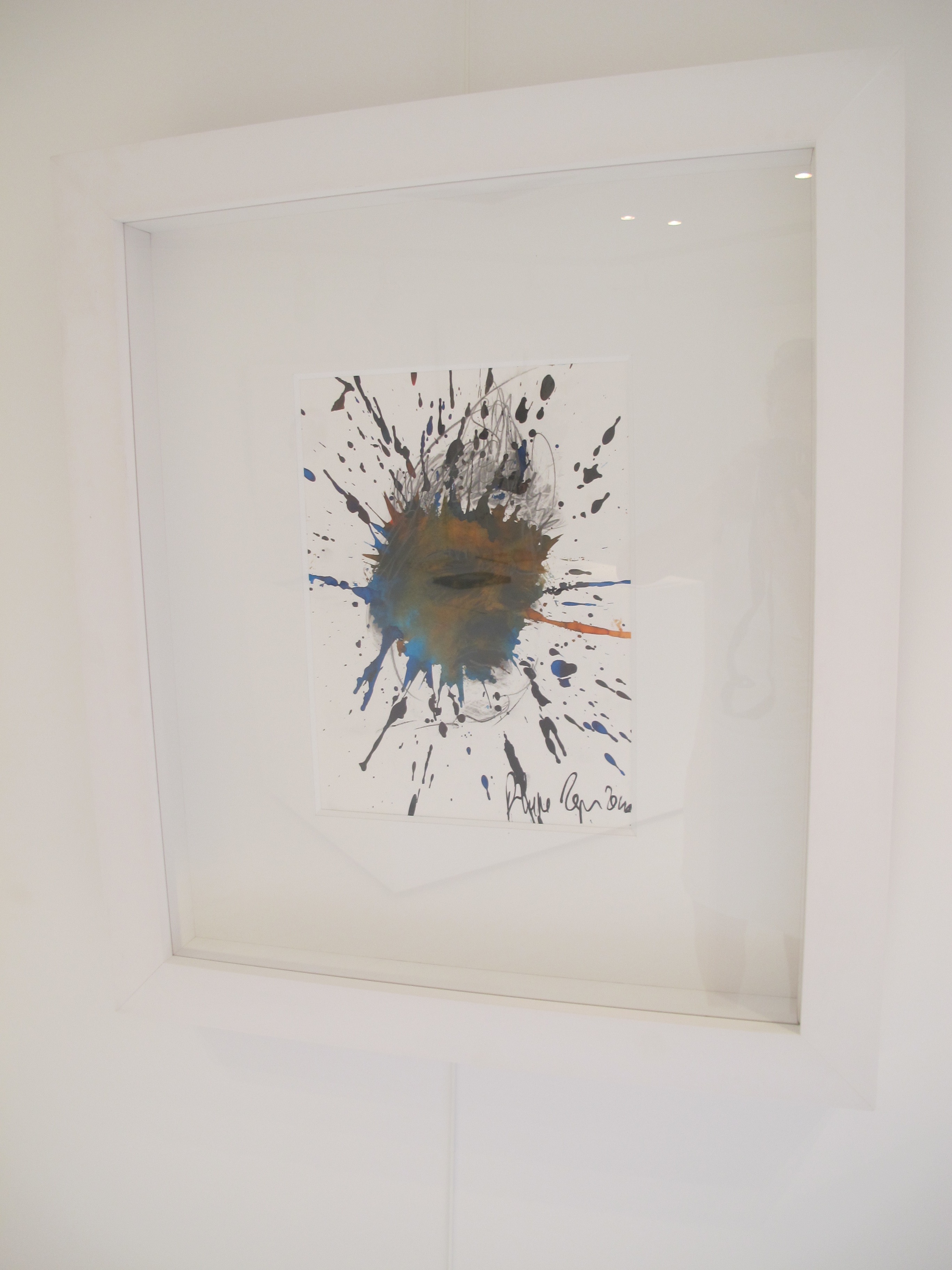 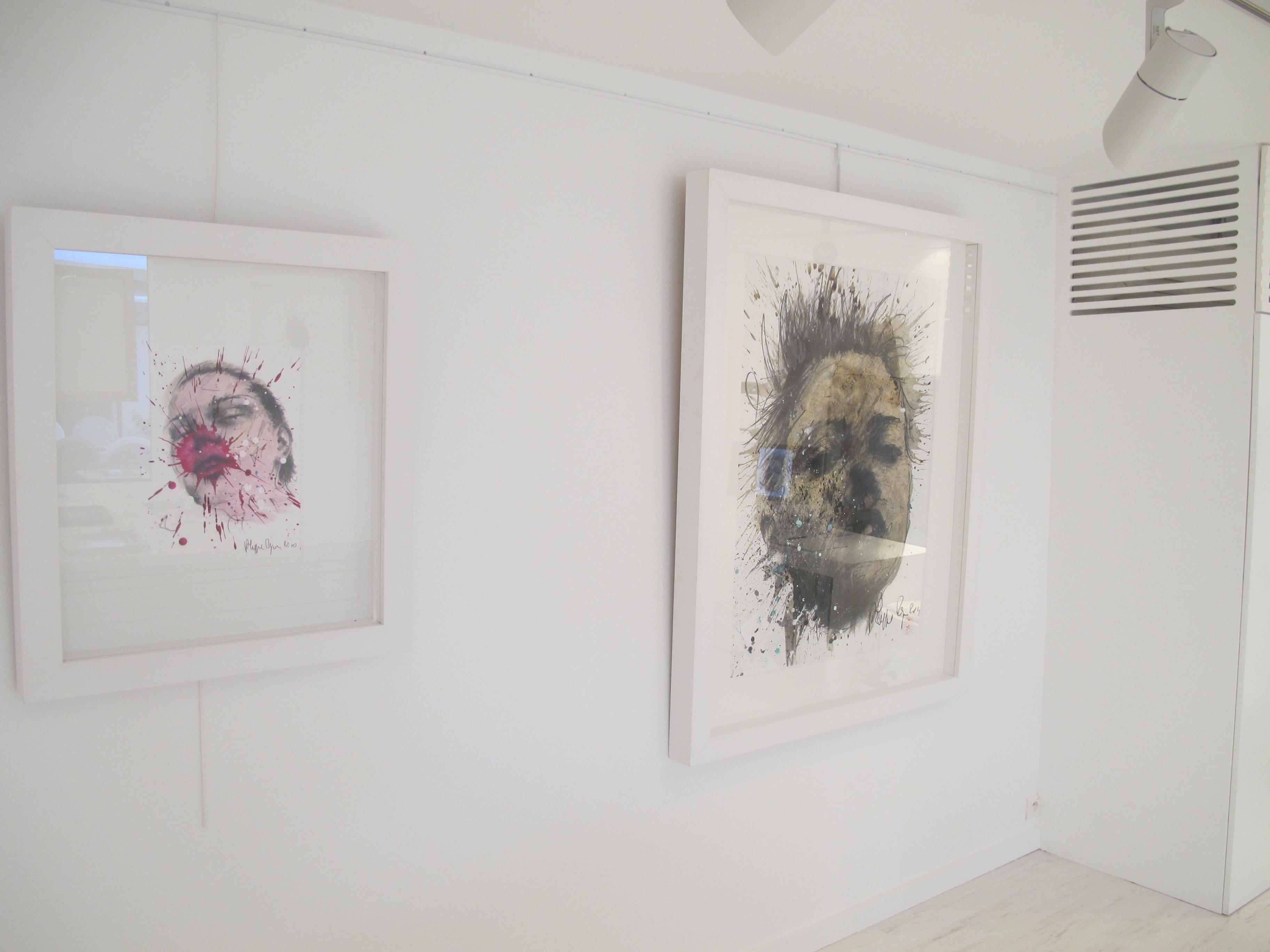 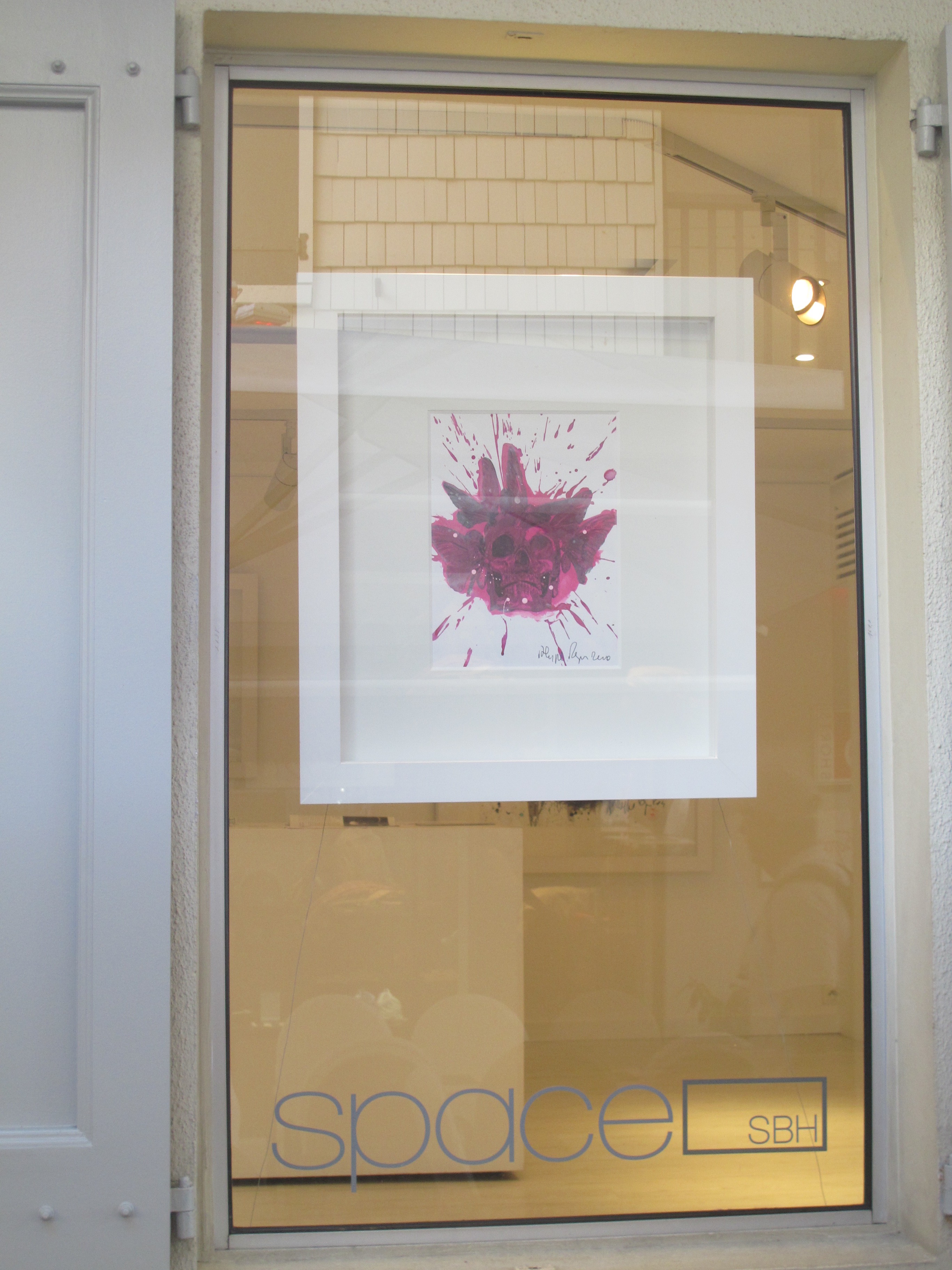 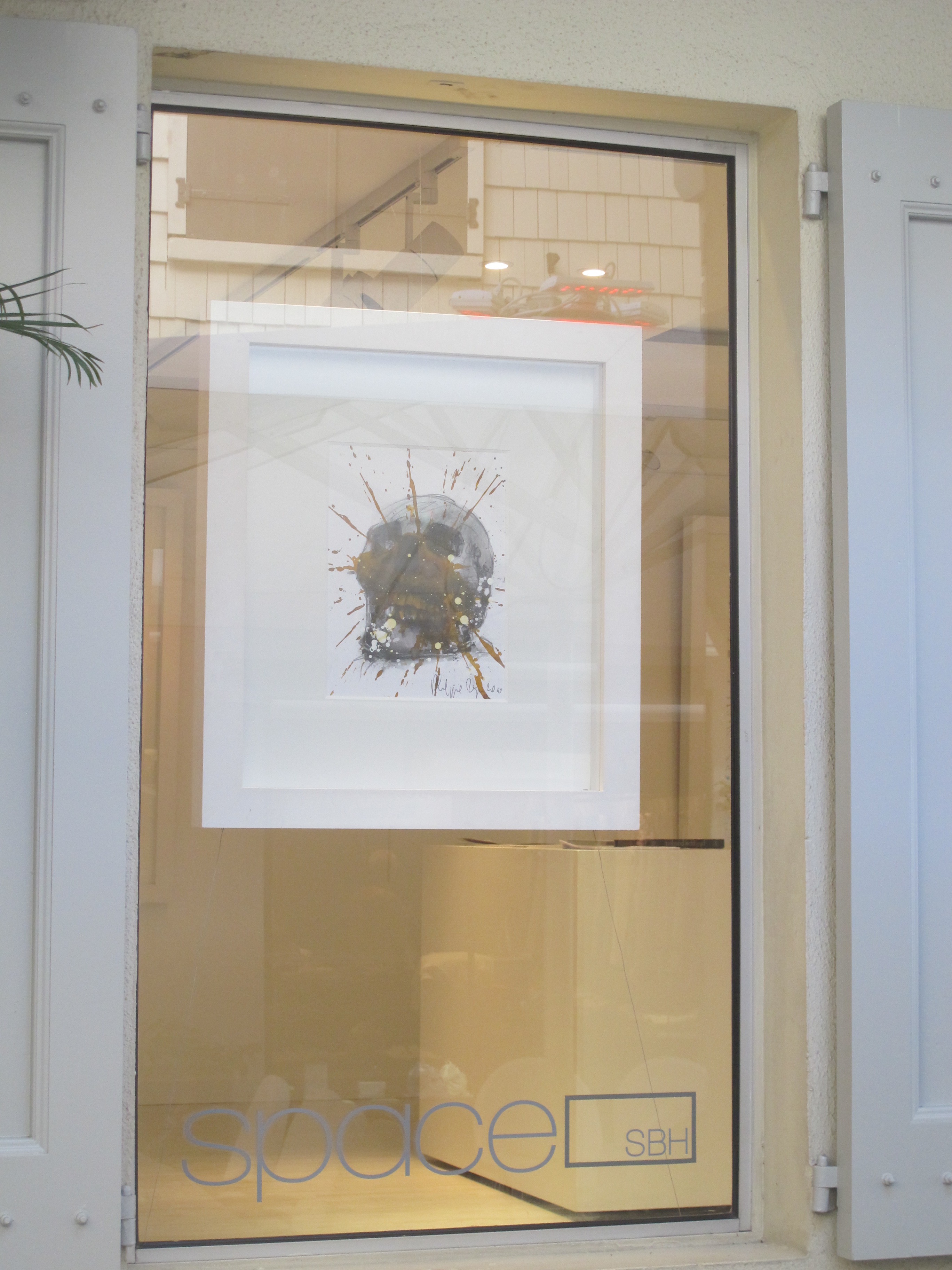 Space SBH is pleased to present a selection of drawings by Philippe Pasqua.

A self-taught artist, Pasqua began painting in 1985 and was very much influenced by Freud and Bacon and with the theme of death and the physical body like Hirst.

Pasqua focuses on life, death and sexuality.  In this series of work, faces and naked bodies materialize in colour with sincerity, revealing the vulnerability of human beings: the human figure is shown with the free realism and intensity of expressionism.

Pasqua often depicts the butterfly which creature in Ancient Egypt was considered a symbol of the soul. This image never appears alone but is repeated as a multiplicity of souls together with his Skulls or ‘Vanités’. Recognisable as a cyclical theme in the arts over time, Pasqua has discovered the skull like a hidden treasure and only by “exploring the flesh at length that he has reached the bone truth and decided to take possession of it.”

Philippe Pasqua draws as much with his lead pencil as with his eraser. He draws as much with lines as by erasing them. There are as many pencil strokes as eraser strokes. This is how the subject is revealed, the white is as important as the black. Three techniques are always inextricably mixed: the isolated line creating the outlines, the overlapping pencil strokes and the hatching that produce effects of varying density, and the blurring that creates modulations of light. Invariably the eye explores these three techniques that blend in the image and yet remain completely legible and distinct. There are also traces of a finger, a hand. A face, a torso, the whole person is rarely depicted. The work and the eye are drawn to the fragment.

The face or body becomes halo, mist, smoke, line, vibration. Here it is not so much a question of flesh or matter as per Pasqua’s large scale paintings, but rather of form, outline and delicate texture to which splashes of paint or coloured ink are usually added. The drawing is concentrated in the middle of the sheet and the paper around it is left white, virginal. And there is always the model’s gaze – which commands the viewers full attention - as inescapable as in his paintings.

Since his first exhibition in Paris in 1990, Pasqua’s work is exhibited in galleries around the world including New York, Moscow, Hong Kong, Mexico, London, Hamburg. Pasqua is based in Paris. And has emerged as one of the major artists of his generation just being named French artist of the year.