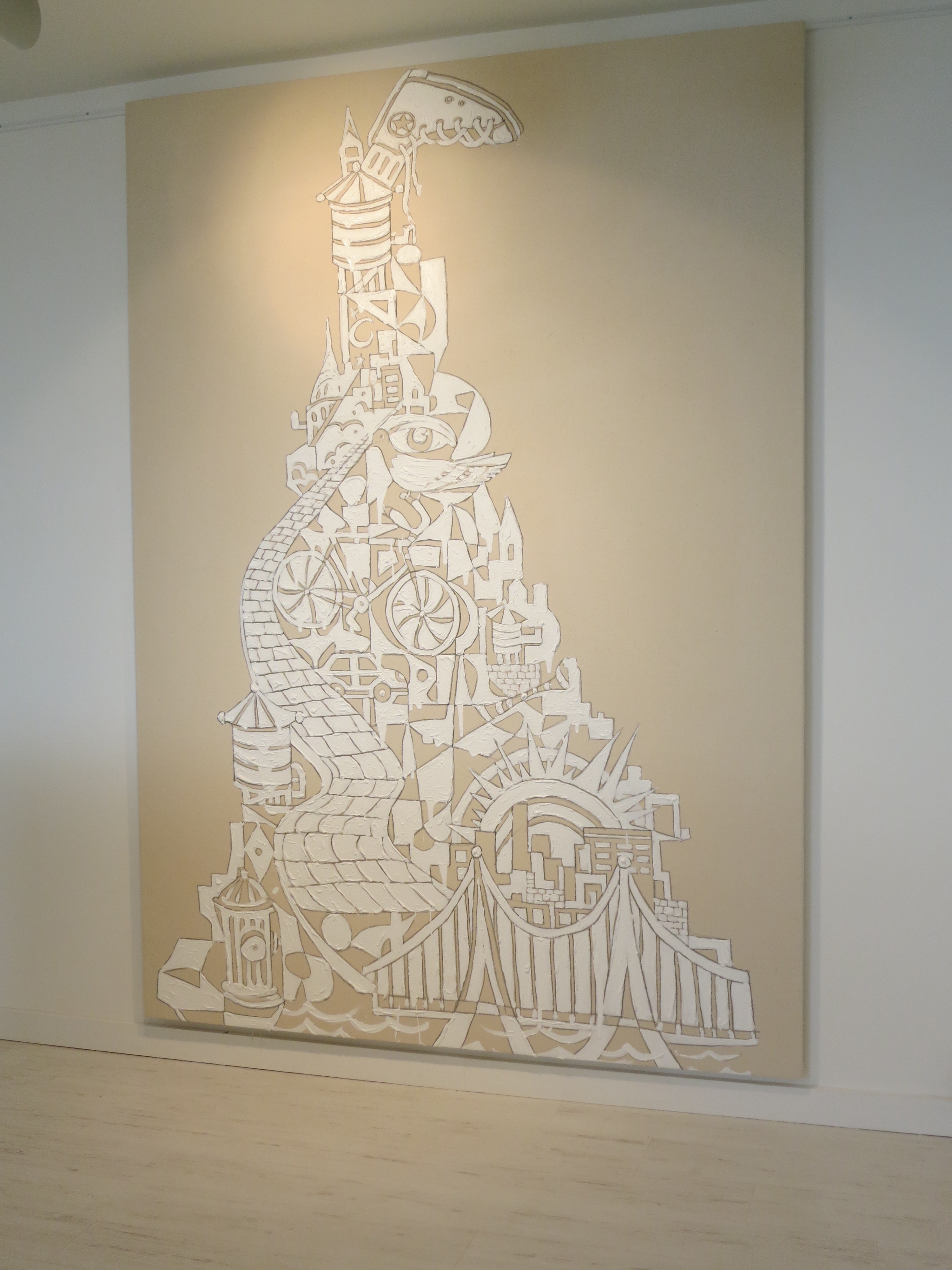 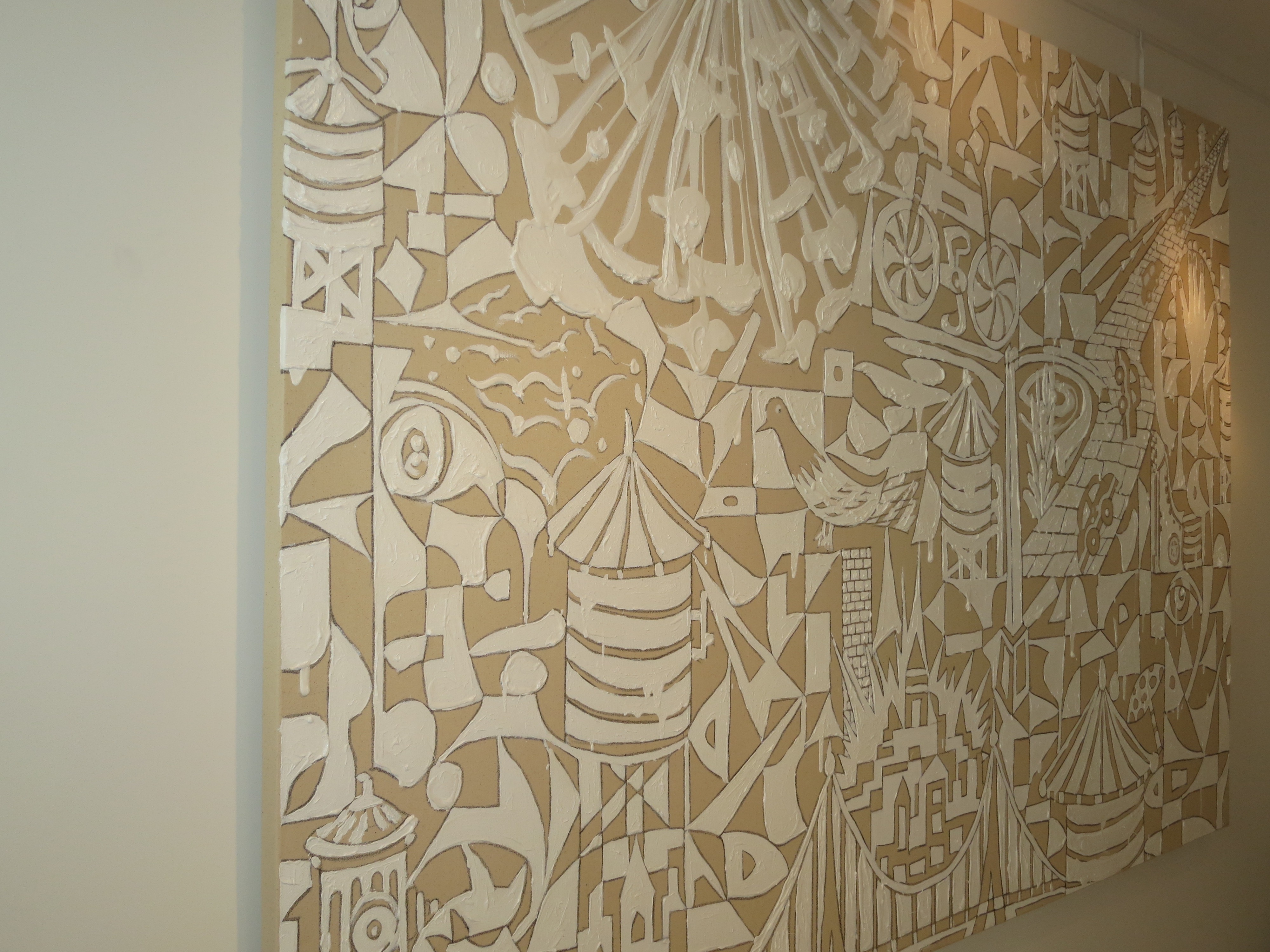 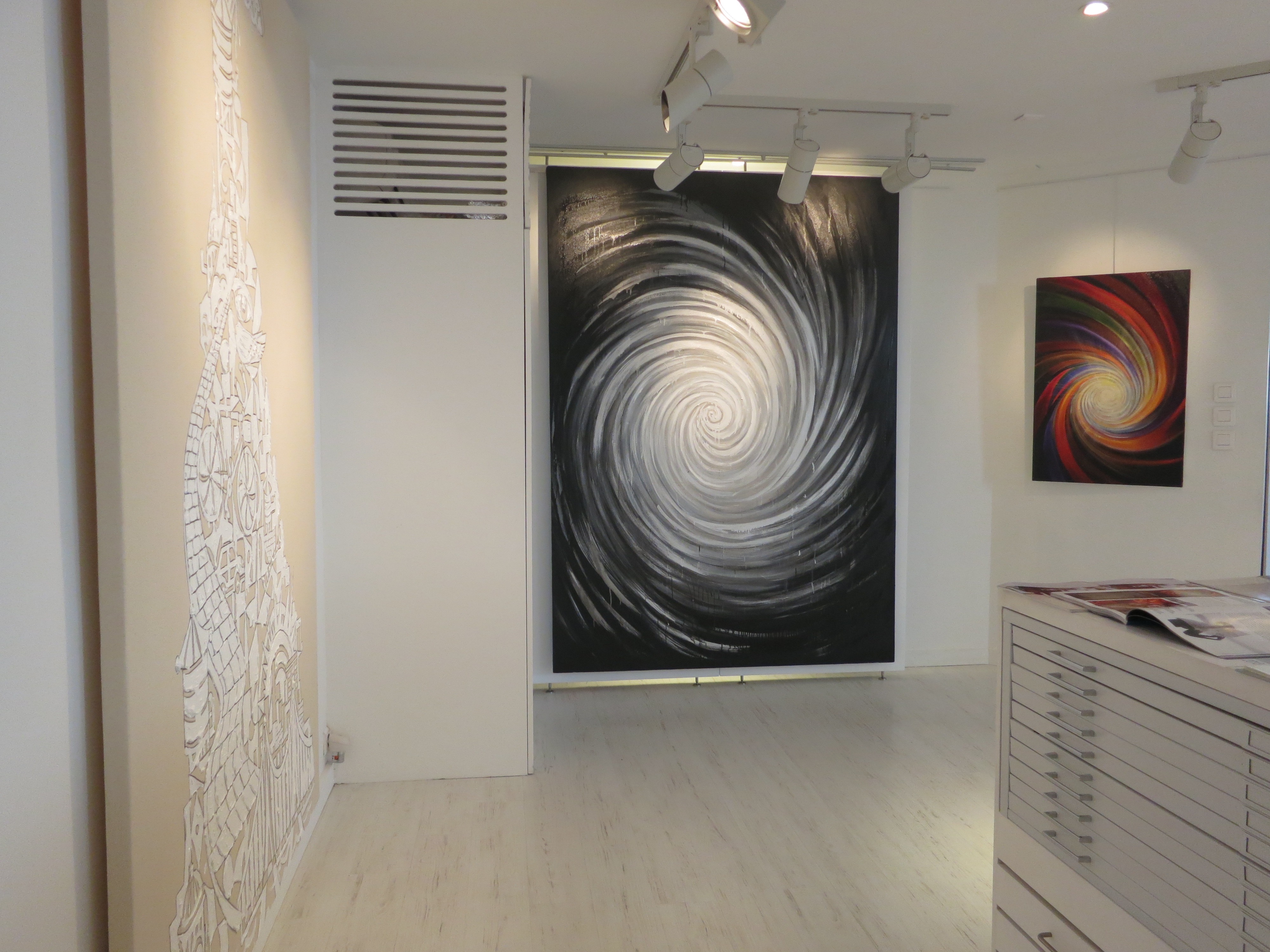 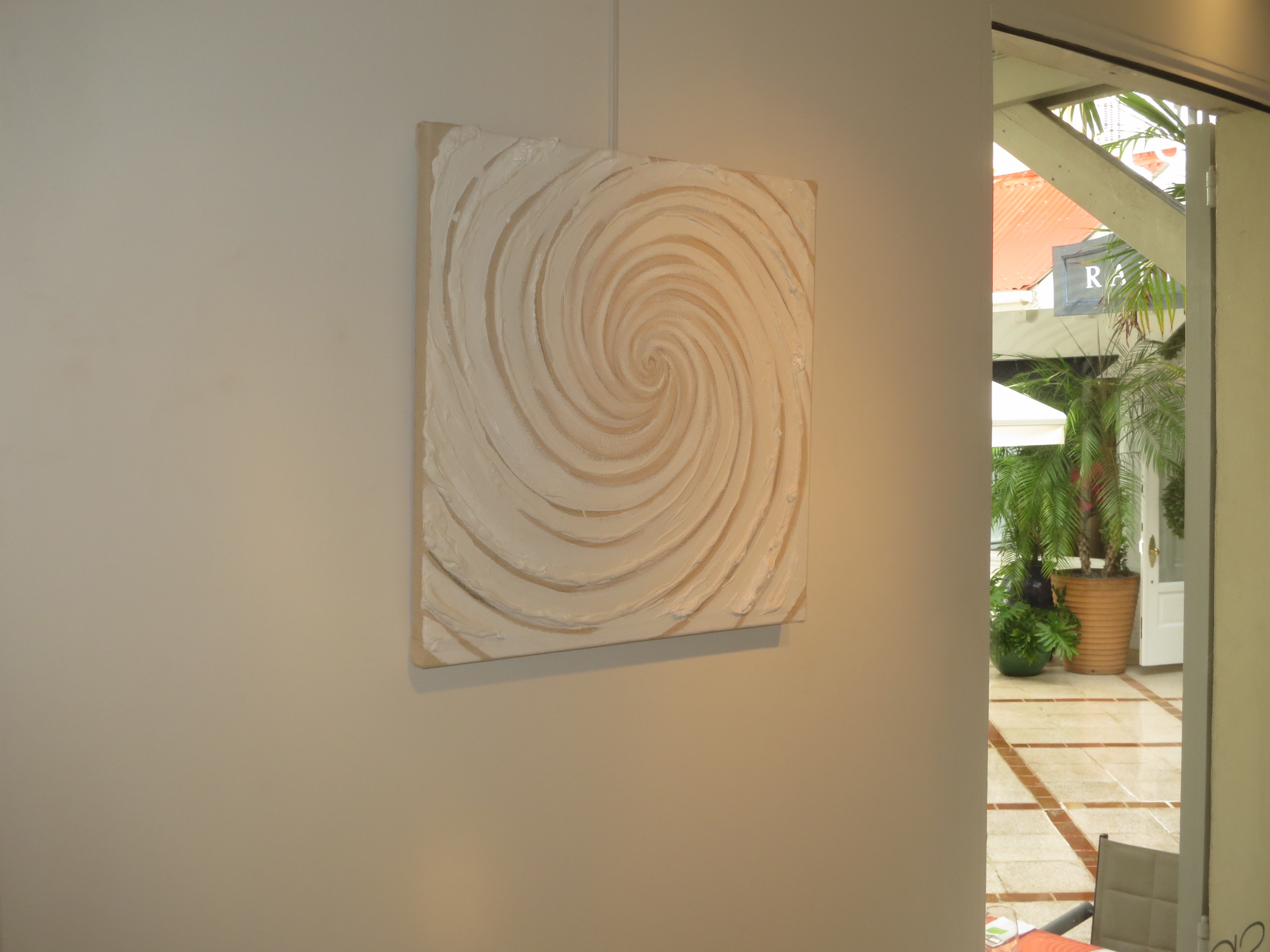 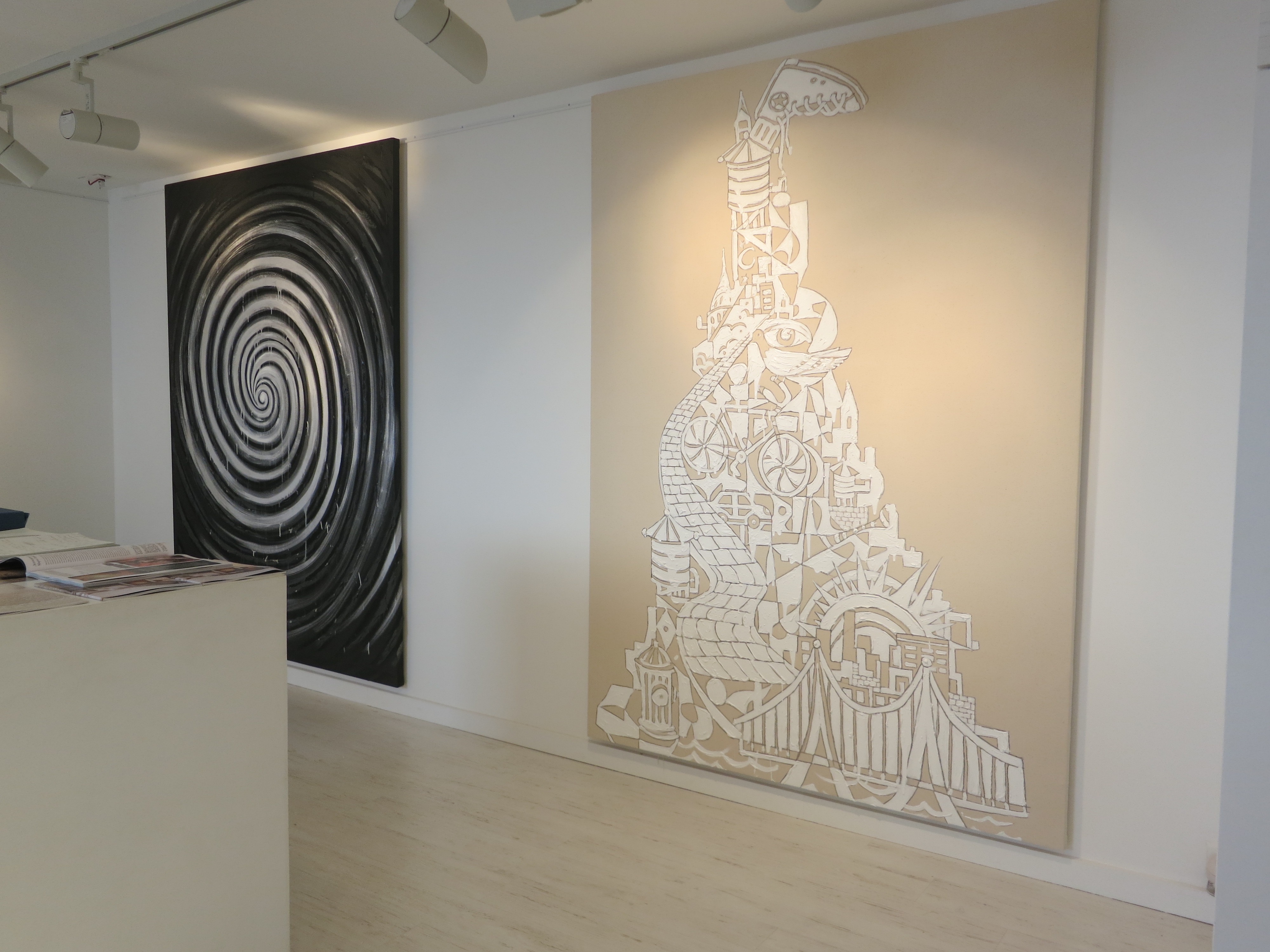 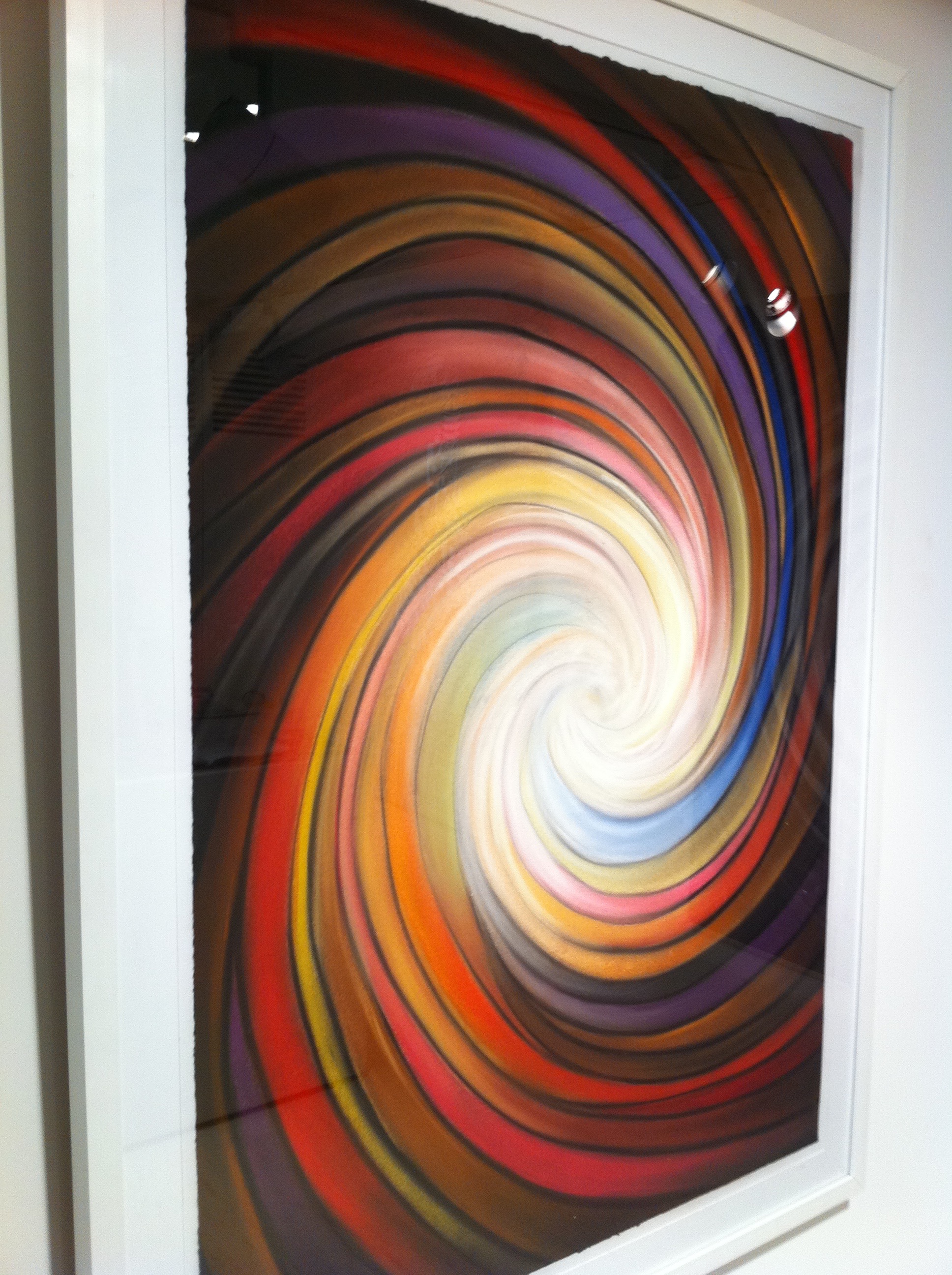 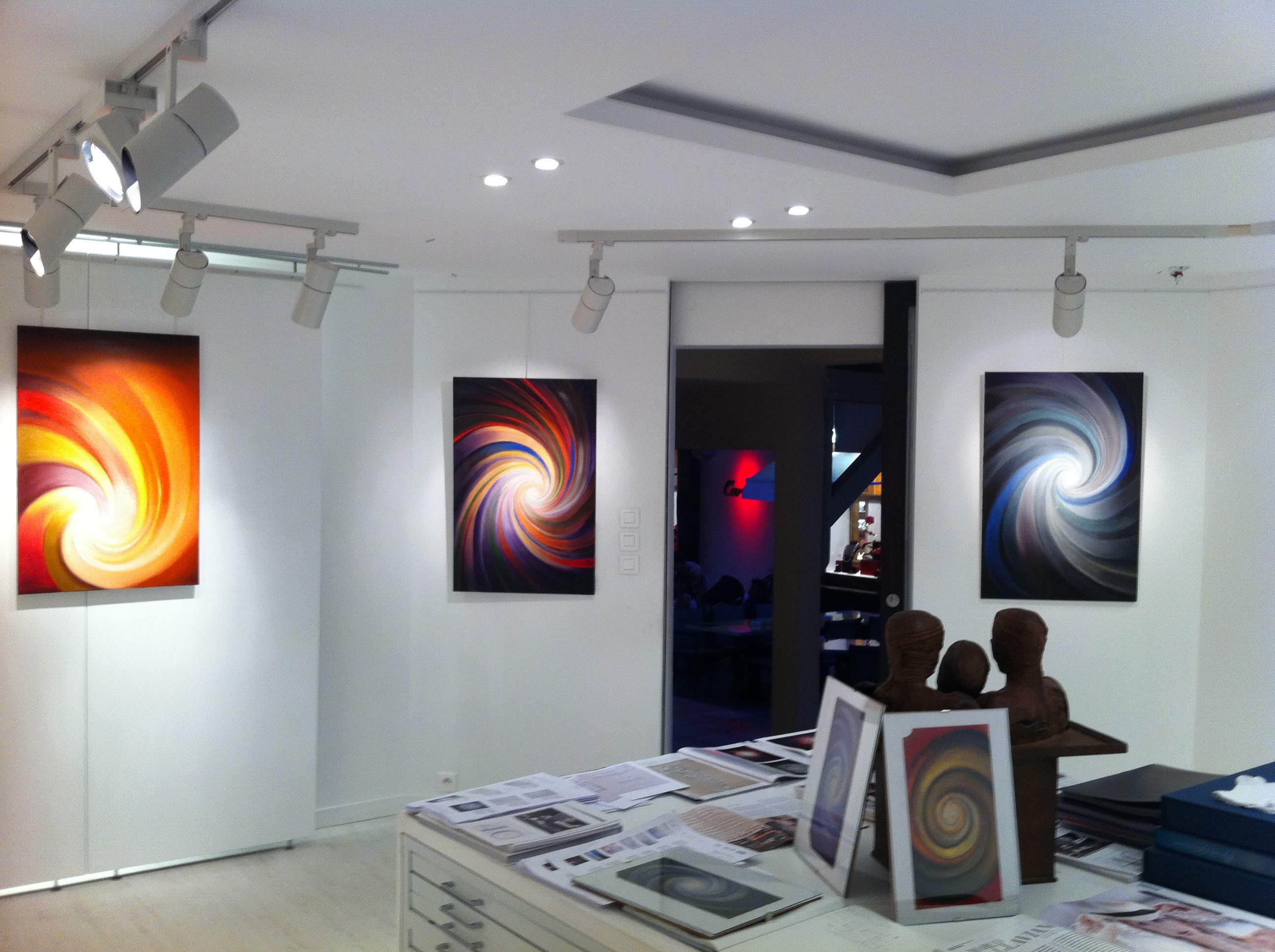 This winter, Space SBH presents an exhibition of work by Victor Matthews, the artist’s first exhibition in St Barths.

A visitor to the island for more than 22 years, when in St Barths, Matthews dreams like he dreams nowhere else… He keeps a dream journal from which he translates the tales of his subconscious onto canvas. These visions are Matthews winter dreams – the colours of St Barths inspiring the vortex series, and his native New York city depicted through the white series.

For Matthews it’s all about the light and the way it feels. St Barths has what he calls ‘a magnetic light’ which inspired the vortex body of work.

The Vortex series is energetic – paint spirals into a central point – and you get a sense of a great expanse being drawn in and at the same time perpetually expanding. The vortex is a powerful force that pulls in the light bringing tones and elements together. Like a black hole in space we are sucked in further to explore. Matthews’s colors more often than not are hot – combining scarlets, ocean blues, emerald greens and yellows. At other times dark moody blues and purples dominate.

In contrast, the white paintings which reference New York have a serenity and simplicity demonstrating Matthews intimate relationship with his city. The interplay of what appear to be shapes become apparent as landmarks – recognizable to every inhabitant as shared visual terrain: water towers and bridges, cars, sidewalks, hydrants – the very essence of the New York landscape. The paintings have a Modernist sensibility. Based on a palate of white, the textures of paint play against the raw-colored canvas demarcated by a strong presence of the two-dimensional — of line. The constant, fluid construction of shapes is both conceived and created in the same moment. As Brice Marden has observed, Victor Matthews has “the line”.

This exhibitions is an invitation into Matthews’ psyche – like the man himself, we are drawn to the bright splashes of colour from the outside which are inline with Matthews’ cool cat exterior. On further exploration the balance and silence of the elegant white paintings and monochrome vortex pieces are representative of his poised approach and focus – revealing the inner calm which is Matthews to a tee. Matthews is an artist at peace with himself. This exhibition of his winter dreams is him personified.

Matthews lives and works in New York City. He attended the High School of Art and Design and received his BFA from the Art Institute of Fort Lauderdale. His work has been exhibited in numerous solo exhibitions in the US and abroad for the last 25 years, including: the 48th Venice Biennale; Museum Sala Uno (Rome); Stephen Wirtz Gallery (San Francisco); Perry Rubenstein Gallery (New York); The Sculpture Center (New York). His work is part of the permanent collections at the Museum Overholland (Amsterdam); Cornell University (Ithaca NY); Museum Ludwig (Cologne); New School (New York); Museum Nuova Icona (Venice). Popular with other major contemporary artists, his work is found in the private collections of Russell Simmons, Brice & Helen Marden, Francesco & Alba Clemente, Ronald Perelman and Salman Rushdie, among others.

Acrylic and oil on canvas

Acrylic and oil on canvas